This Post Was All About Do Keto Diets Increase Cortisol: Low Carb Diets & Stress- Thomas DeLauer. 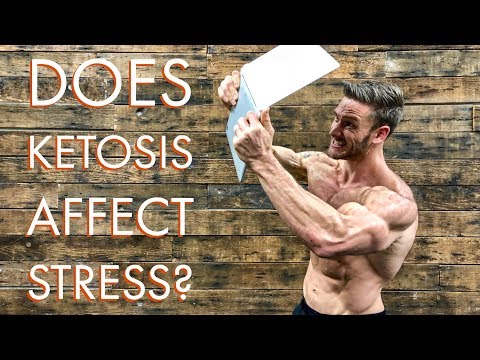 Carbs and Blood Sugar:
As cells absorb blood sugar, levels in the bloodstream begin to fall – when this happens, the pancreas begins making glucagon, a hormone that signals the liver to start releasing stored sugar.
This interplay of insulin and glucagon ensure that cells throughout the body, and especially in the brain, have a steady supply of blood sugar. Simply, the carbs you consume turn into blood sugar and the more carbs you eat, the higher the levels of sugar you will have released as you digest and absorb your food.

Blood Sugar and Cortisol:
When your blood sugar rises too quickly and then drops rapidly, it causes a stress response to occur in your body and leads to the release of cortisol. The lack of carbs on a keto diet lessens the stress response from carb digestion, which reduces the amount of cortisol that is released.

Ketones and GABA:
Ketosis increases the availability of oxaloacetate, which means more glutamate is available for production into GABA – helps to synthesis glutamate into GABA. Increase in GABA production helps to reduce the excess firing of neurons in the brain, leading to better mental focus and reduces stress and anxiety (1)

High Stress on Keto/How Stress Affects Keto:
Continued/high stress means cortisol levels never have a chance to decrease, and this leads to a bunch of negative effects. But the main way it affects ketosis is by its main function, which is to elevate sugar levels in the blood through gluconeogenesis (2)

The REAL Reason Why Autophagy Exists

Most Pain is Referred Pain

Dirty Keto vs Clean Keto Checklist (Which One are You?)

Which Kind of Magnesium Do You Need? The 9 Types!

Estrogen, the Good, the Bad & the Ugly