This Post Was All About Dietary Fats: Healthy Fat vs. Bad Fat- Thomas DeLauer. 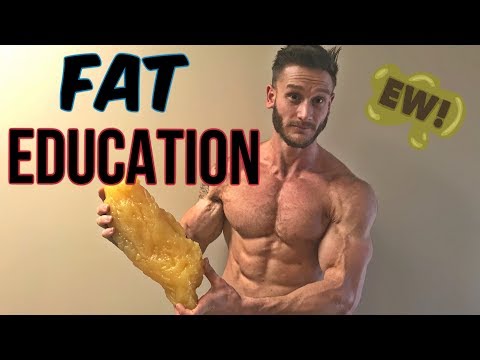 Reduce Inflammation- Study from the Cleveland Clinic Wellness Institute in Ohio conducted the first randomized, controlled trial in humans of supplementation with purified omega-7. Subjects were randomly assigned to receive either an omega-7 supplement providing 220 mg palmitoleic acid or a placebo – capsules were taken once daily, with a meal, and blood testing was done at the beginning of the study and again after 30 days. At 30 days, the supplemented group showed a significant mean lowering in C-reactive protein with a 44% reduction compared with the control group. Omega-7-supplemented subjects also had 15% reductions in triglyceride levels (3)

Polyunsaturated Fats: Omega 3 & 6- Omega 3’s- Eicosapentaenoic acid (EPA): This 20-carbon fatty acid’s main function is to produce chemicals called eicosanoids, which help reduce inflammation. EPA also helps reduce symptoms of depression. Docosahexaenoic acid (DHA): A 22-carbon fatty acid, DHA makes up about 8% of brain weight and is extremely important for normal brain development and function. EPA and DHA support cellular membranes and keep them flexible – maintaining the fluidity of the cell membranes allows for proper communication between nerve cells and, therefore, helps to support focus and mental clarity. Alpha-linolenic acid (ALA): This 18-carbon fatty acid can be converted into EPA and DHA, although the process is not very efficient. ALA is mainly used by the body for energy (4)

Omega 6’s: The most common omega-6 fat is linoleic acid, which can be converted into longer omega-6 fats such as arachidonic acid (ARA) Like EPA, ARA is used to produce eicosanoids – however, the eicosanoids produced by ARA are more pro-inflammatory. Pro-inflammatory eicosanoids are important chemicals in the immune system, but when too many of them are produced, they can increase inflammation – modern Western diet contains far more omega-6 fatty acids than necessary (4)

Trans Fats: Trans fats block the production of Type 1 and 3 prostaglandins (PGs), which are derived from the omega 6 and omega 3 fats, respectfully. Type 1 and 3 PGs help you fight inflammation and benefit your hormonal and nervous system (5)

Top 5 Sources of Protein on a Ketogenic Diet

The Big Post Workout Mistake I Made for Years (Antioxidants)

The Most Important Benefit of Autophagy: Will Surprise You