This Post Was All About Diabetes Medication Effects: Metformin, Sulfonylurea & Insulin. 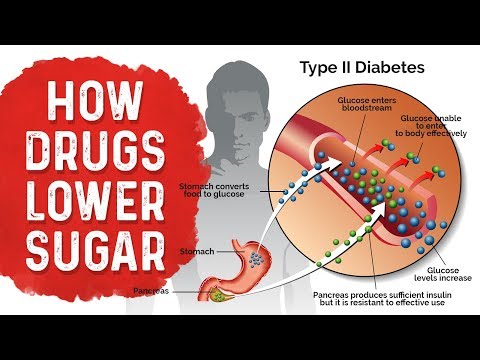 In this video, Dr. Berg talks about the different effects of the diabetes type 2 medication. The pancreas produces insulin that travels through the blood and goes into insulin receptor, it then receives it and creates and effect of lowering blood sugar and storage of either glycogen, cholesterol or fat.

3 main effects that certain medications create:
1. Increase beta cell production of insulin – Medication called Sulfonylurea.
The problem with this medication is it was also used as an herbicide by blocking certain amino acids in plants.
Side Effects: Increase risk of cardiovascular disease and death

2. Increase the absorption of insulin – Insulin receptor failure to return the feedback look to the pancreas. The more the receptor is blocked and downgraded, the more the pancreas is going to produce more insulin. Metformin increases the sensitivity of insulin. It allows the insulin to be received more.
Side Effects: Lactic Acidosis, Depletes B1

3. Giving more insulin – dumping too much for the purpose of keeping the blood sugars regulated and normalized at the expense of increasing cardiovascular risk, weight gain and hypoglycemia.

The 9 Natural Ways to Kill Pathogens