You are here: Home1 / All Articles2 / Keto Course3 / Collagen has Interesting Effects on Sleep & Brain Function

This Post Was All About Collagen has Interesting Effects on Sleep & Brain Function. 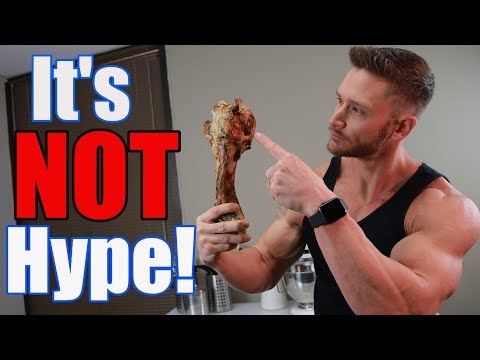 Scientists from the Gladstone Institute of Neurological Disease (GIND), UCSF, and Stanford have discovered that a certain type of collagen, collagen VI, protects brain cells against amyloid-beta (Aβ) proteins, which are widely thought to cause Alzheimer’s disease (AD).

By comparing all of the genes that are active in disease and normal tissue, one can get valuable information on new pathways and potential therapeutic targets.

This analysis revealed the striking increase in collagen VI in the brains of mice that model AD.

Building on this initial finding, the team examined brain tissue from AD patients and normal non-demented humans and found that collagen VI expression was also higher in the AD patients.

They further discovered that the cellular source of the collagen VI in the brain was neurons, the very cells that the disease attacks and that we all need to think and remember.

The scientists carried out a series of informative cell culture experiments. These experiments revealed found that Aβ added to neurons grown in culture increased the expression of collagen VI and that this process involved the immune regulatory cytokine TGFβ (transforming growth factor beta receptor).

The team discovered that increasing the amount of collagen VI in the cultures effectively protected the neurons against Aβ toxicity.

This protective effect suggests that increased neuronal production of collagen VI is an important component of the brain’s defense against Aβ.

Distinctive feature of this protein is its unique supramolecular assembly, which is driven by a multi-step process that leads to the formation of the characteristic beaded microfilaments network in the extracellular matrix (ECM).

Collagen VI represents a remarkable extracellular matrix molecule, and in the past few years, studies of this molecule have revealed its involvement in a wide range of tissues and pathological conditions.

The extracellular matrix (ECM) is the non-cellular component present within all tissues and organs, and provides not only essential physical scaffolding for the cellular constituents but also initiates crucial biochemical and biomechanical cues that are required for tissue morphogenesis, differentiation and homeostasis.

Roughly one third of collagen is composed of glycine, a non-essential amino acid that is key to brain health.

Glycine receptors are found in the hippocampus, along side GABA and glutamate receptors.

Conclusive evidence, in the Journal of Front Cell Neurosci, supporting glycine in a role in the control of cell migration. This role seems to be complementary to the activation of GABA receptors that have long been known to contribute in this process.

In the brain and nervous system, L-glycine acts as an inhibitory neurotransmitter.

Glycine tends to induce a sedative or inhibitory effect, while also being capable of improving mood and cognition.

The hippocampus, part of the limbic system is a central means to processing memory, emotion, and may even be a regulator of the autonomic nervous system.

According to the journal of Biological Psychiatry, scientists have even studied the link between glycine and schizophrenia, finding that treatment with the amino acid improved their positive, negative, cognitive and general psychiatric symptoms.

How to Get Rid of The Last 10 Lbs of Fat