You are here: Home1 / All Articles2 / Keto and Fasting3 / Coffee & Your Genetics | Are You Caffeine Sensitive? | Caffeine Metabolism-...

This Post Was All About Coffee & Your Genetics | Are You Caffeine Sensitive? | Caffeine Metabolism- Thomas DeLauer. 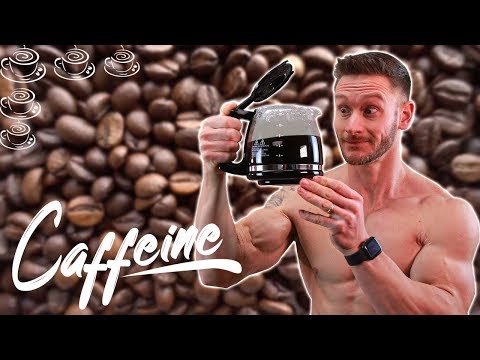 Caffeine is metabolized by the liver using the enzyme CYP1A2, and the ability to produce this enzyme is regulated by the CYP1A2 gene. Slight changes in the DNA sequence of this gene determine how efficiently a person can metabolize caffeine and thus eliminate it from the body. Some people genetically produce very little of this enzyme while others produce a large amount. The other genetic link to caffeine sensitivity involves the type of adenosine receptors a person has in his or her brain. Those lacking the correct adenosine receptors in their brain are unresponsive to the awakening effects of caffeine because the caffeine molecule cannot properly bind to the receptors.
Caffeine does not accumulate in our body, but is broken down in the liver – the liver enzymes responsible for metabolizing caffeine are called cytochrome P450 enzymes. One of them is a key enzyme called CYP1A2, which is responsible for inactivating 95% of all ingested caffeine – the ability to produce this enzyme is coded for by the CYP1A2-gene. Different people have different versions of the CYP1A2-gene, and these genetic variations determine how active the CYP1A2-enzyme is in each person

Adenosine receptors exist in different forms, and adenosine A2 receptors are key to the stimulating effect of caffeine. A polymorphism of the adenosine receptor (ADORA2A polymorphism) is more likely to be found in those who self-report as caffeine sensitive. People with high habitual caffeine consumption typically do not carry this ADORA2A genotype. So, caffeine functions through adenosine A1 and A2A receptors on the cell surface; these two receptors have partially opposing effects. Chronic intake of caffeine increases the density of A1 receptors, which are believed to be responsible for caffeine tolerance. In contrast, a variation in the gene ADORA2A, encoding for A2a, is associated with sensitivity to caffeine. Specifically, individuals carrying two copies of the C allele at rs5751876 of this gene are more sensitive to caffeine than those carrying two copies of the T allele. Those with the T allele are more likely to experience anxiety after consuming caffeine.

Hypersensitive to Caffeine: These individuals have very low CYP1A2 activity – they will have a strong response to even small amounts of caffeine, and will commonly experience jitters and insomnia. Slow-metabolism in the liver and high binding in the central nervous system.

This is the vast majority of individuals – they can consume up to 400 mg of caffeine per day without adverse side effects. The balance between caffeine inactivation in the liver and binding in the central nervous system means that the individual can typically drink 2–5 cups of coffee during the day but without adverse reactions or sleep disturbances.

These people have very high CYP1A2 activity, and often experience no effect at all from consuming caffeine – smokers often have increased CYP1A2 activity. Fast-metabolizers of caffeine. Higher intakes can be consumed, and coffee drinking before bedtime may not typically disturb sleep. Note: CYP1A2 declines with age, so you begin to become more sensitive to caffeine the older you become

For those hypersensitive to caffeine, should avoid highly caffeinated beverages like coffee and energy drinks – black tea or green tea is likely more ideal. Those with normal sensitivity should just be aware of how much they consume per day. Hyposensitive people should evaluate the necessity of caffeine – if large amounts of caffeine do not create the desired effects they should consider the benefits of consuming it.

2) Coffee: how many cups are safe to drink? – Genes and Nutrition. (n.d.). Retrieved from

Dr. Berg “Trying” to Find Food at the Grocery Store

OMAD Diet vs. Intermittent Fasting (16/8): Does One Meal a Day Work? Thomas DeLauer

The Non-Stress Cause of Adrenal Fatigue Symptoms