This Post Was All About Coconut Oil vs. MCT Oil: What’s the Difference? | Saturated Fat | Brain Health- Thomas DeLauer. 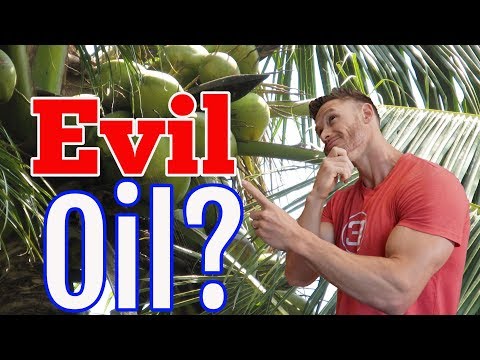 Coconut Oil:
The dominant fatty acid in coconut oil, on the other hand, is lauric acid, which comprises about 50% of the total fat content. Coconut oil also contains a very nominal amount of Caproic Acid (C6), about 6% Caprylic Acid (C8) and about 10% Capric Acid (C10)

Lauric acid is most well-known for its antimicrobial properties, since it’s the precursor to monolaurin, a more powerful antimicrobial agent that is able to fight viruses and bacterial infections. When lauric acid is digested, enzymes within the digestive tract form the valuable type of monoglyceride called monolaurin. When lauric acid is converted to monolaurin, which acts as a bacteria-killer – it has the ability to kill a wide range of harmful pathogen hosts in the body, making it an effective way to help treat or prevent infections, viruses, digestive disorders and chronic diseases.

Brain Health:
Our brains are composed of 60% fat and the majority of the fat in the brain is saturated.The myelin sheath that surrounds the nerves in the brain and ensures their proper function is also largely made of saturated fat and cholesterol.

Vegetable Oils:
Vegetable oils contain very high levels of polyunsaturated fats (PUFAs) – omega 3’s support cellular membranes and keep them flexible whereas omega 6’s contain pro-inflammatory eicosanoids that are important chemicals in the immune system, but when too many of them are produced, they can increase inflammation. Polyunsaturated fats are the least stable fats as they have multiple binding sites exposed, making them particularly open to oxidation – offering lots of available spaces for the free radicals to enter and mess with the fat. Monounsaturated are relatively stable in comparison to polyunsaturated fats. “Mono,” meaning one, indicates that there is one place for a free radical to enter.

Study-A study from Journal of Food Lipids found that in soybean and canola oils found on store shelves in the U.S., about 0.56% to 4.2% of the fatty acids in them were toxic trans-fats. Many vegetable oils contain BHA and BHT (Butylated Hydroxyanisole and Butylated Hydroxytoluene). These artificial antioxidants keep the food from spoiling too quickly, but they have also been shown to produce potential cancer compounds in the body.

How Much Protein Do You Need on a Low Carb Diet? | Ketosis Protein Requirements- Thomas DeLauer

The 2 Common Triggers of Breast Cancer

Asthma, Vitamin D and Remodeling of the Lung