You are here: Home1 / All Articles2 / Keto and Fasting3 / Coconut Oil vs MCT Oil: Benefits and Safety of Each: Thomas DeLauer

More specifically, you want help with Coconut Oil vs MCT Oil: Benefits and Safety of Each: Thomas DeLauer?

This Post Was All About Coconut Oil vs MCT Oil: Benefits and Safety of Each: Thomas DeLauer. 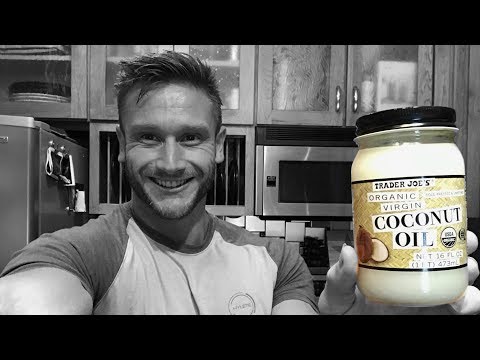 Get My Discounted MCT Oil Here:

Be Sure to Subscribe for 3x Videos Per Week!

Are Coconut Oil and MCT Oil the Same?

C6 (Caproic Acid) – There isn’t a high quantity of C6 fatty acids in coconut oil, which might be a good thing. Despite being a ready source of ketone energy for your body, it has been found to cause throat irritation and gastrointestinal distress

C8 (Caprylic Acid) – This is a rare type of MCT (only 6% of coconut oil) and useful for energy via ketone metabolism.

C10 (Capric Acid) – Another major MCT is C10, which is approximately 10% of coconut oil and is considered a useful tool for energy metabolism because (like other MCTs) does not require bile salts for digestive purposes. In short, it’s easy to digest and convert to energy.

C12 (Lauric Acid) – Composing about 50% of coconut oil, lauric acid is considered an MCT, but behaves like a LCT because it must visit our liver before being turned into energy. This makes it less effective than many of the other MCT oils in terms of energy benefits; however, lauric acid has amazing antimicrobial, antibacterial and antiviral benefits.

While medium chain fatty acids do occur naturally in foods (such as coconut oil), MCT oil itself is not found in nature, which means it instead needs to be manufactured.

This is done by a machine that extracts all of the medium chain fatty acids from the source.

Since oils marketed as “MCT oil” contain either a combination of Capric and Caprylic acid, or just concentrated Caprylic acid, they are a faster and more usable source of energy – since they often don’t contain Lauric Acid, which acts like a combination long chain and medium chain fatty acid in the body and slows digestion

Ketones easily cross the typically impenetrable blood-brain barrier and easily get into our brains.

The dominant fatty acid in coconut oil, on the other hand, is lauric acid, which comprises about 50% of the total fat content.

Lauric acid is most well-known for its antimicrobial properties, since it’s the precursor to monolaurin, a more powerful antimicrobial agent that is able to fight viruses and bacterial infections.

When lauric acid is digested, enzymes within the digestive tract form the valuable type of monoglyceride called monolaurin.

When lauric acid is converted to monolaurin, it essentially acts like a bacteria-killer. It has the ability to kill a wide range of harmful pathogen hosts in the body, making it an effective way to help treat or prevent infections, viruses, digestive disorders and chronic diseases. (1,3)

Studies have demonstrated that MCTs enhance thermogenesis and fat oxidation, thereby suppressing the deposition and accumulation of body fat

There was no difference in blood lipid levels between the two fats.

MCTs are a superior brain fuel, converting to ketones within minutes of ingestion

Ketones appear to be the preferred source of energy for the brain in people affected by diabetes, Alzheimer’s, Parkinson’s and other diseases where certain neurons have become insulin resistant or have lost the ability to efficiently utilize glucose. As a result, neurons slowly die off.

4) The Many Health Benefits of MCT Oil. (n.d.). Retrieved from x

Can I do a Ketogenic Diet Without a Gallbladder?

The Hidden Cause of Palpitation

Best Nuts on a Ketogenic Diet: SURPRISING! Scroll to top