You are here: Home1 / All Articles2 / Keto Course3 / Choosing the Right Nut Milk at the Grocery Store – Educational Grocery...

This Post Was All About Choosing the Right Nut Milk at the Grocery Store – Educational Grocery Haul. 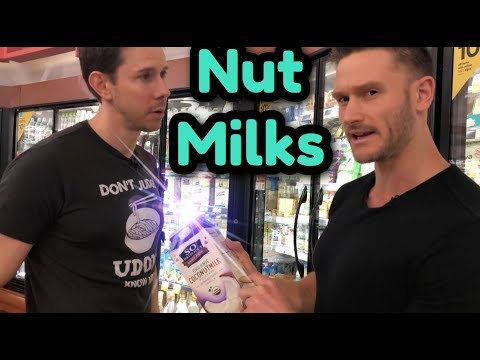 Bobby Parrish from FlavCity and I are BACK with another collab video just in time for the New Year!! This time, we’re in Whole Foods talking all things nut milk!
Hopefully we don’t get kicked out 🤞🏻. Enjoy and I’ll see you in the comments!

Check out my other collabs with FlavCity:

We Bought Everything on the Chick-Fil-A Menu and Reviewed the Ingredients:

Check out some of my other grocery hauls below!

The Toxic Effects of Excess Iron

My “Fat Surging” Technique to Lose the Last 15lbs

The Top Signs of a Vitamin B2 Deficiency