You are here: Home1 / All Articles2 / Keto and Fasting3 / Cholesterol Basics 101 by Dave Feldman & Dr. Berg

This Post Was All About Cholesterol Basics 101 by Dave Feldman & Dr. Berg. 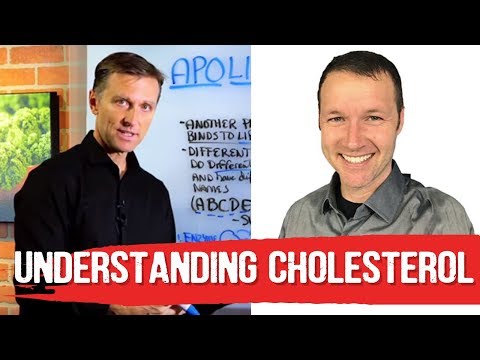 Dave Feldman and Dr. Eric Berg help explain the complexities of cholesterol, lipids, LDL, HDL as it relates to its true functions and purposes. Dave Feldman delivers this lecture at the Healthy Keto Summit. You will learn all about the basics and even see a skit put on by Dave to help you get the knowledge of this confusing topic.

When someone starts a ketogenic diet, they may have a temporary spike in cholesterol and LDL and if you don’t understand why this, you can be scared and stop the program. This is why this topic is very important.

Here are some basic definitions used in Dave Feldman talk during the keto health summit about cholesterol, and also its purpose.

Cholesterol is not a fat, but it is a fat-like waxy substance and the body makes 3,000mg (75%). It is a part of the plaquing but it is not the cause.

Triglyceride (are also called lipids) – it is a type of fat that makes up your fat cell.

Lipoproteins – these are basically carriers that is used to transport fat and cholesterol through the body.

The Gene that Bullet-Proofs You From Cancer

How I Get Rid of Brain Fog

Are Eggs Killing Us on Keto? 2019 Study Results