Cauliflower’s Hidden Benefits (Why Aren’t these Talked about More?)

More specifically, you want help with Cauliflower’s Hidden Benefits (Why Aren’t these Talked about More?)?

This Post Was All About Cauliflower’s Hidden Benefits (Why Aren’t these Talked about More?). 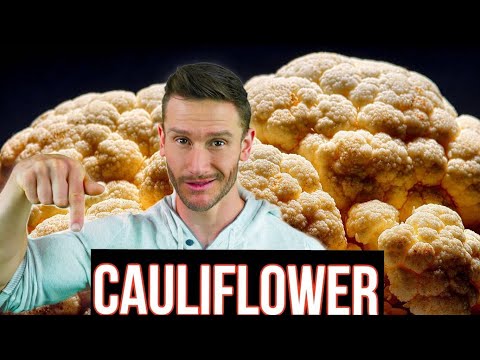 LET’S TALK THE SUPERFOOD CAULIFLOWER! We know it’s low carb, but what makes it a superfood?

Cauliflower is a popular vegetable among those on low-carb diets for two reasons: First, is the obvious: cauliflower are low in carbohydrates, boasting only 3 grams of net carbohydrates per 100 grams, combined with 2 grams of fiber and 2 more of protein to boot! Stated in a more entertaining manner, though a cauliflower is shaped like a muffin, you’d need to eat three whole child-head-sized cauliflower to match the carbohydrates in a single child-fist-sized muffin.

The second reason cauliflower are so popular among low-carb dieters is that they serve as versatile replacements for starchy foods that many crave but resist.

Now, while cauliflower, in general, are an exception to the common-knowledge rule that color in vegetables reflects nutrient density, colorful variations cauliflower do exhibit particular superiorities. Orange cauliflower are packed with vitamin A (~4000 IU per “baby-head”), which is important for immune function, brain function, and vision. Purple cauliflower express high levels of the proteins flavonoid 3’-hydroxylase, dihydroflavonol 4-reductase, and leucoanthocyanidin dioxygenase (Plant Physiology, 2010), which produce the antioxidant, anthocyanin. Some studies suggest that anthocyanin can decrease oxidative stress and the atherogenic oxidation of LDL cholesterol and improve glucose metabolism (Nutrition Reviews, 2010).

Speaking of antioxidants, cauliflower (orange, purple, and white alike) are particularly rich in glucosinolates and their breakdown products, isothiocyanates. These antioxidants are known to be particularly good at fighting cancer cells, which is perhaps why intake of cruciferous vegetables, like cauliflower, is associated with reduced cancer risk. Citing six separate studies, a 2013 review reported that “extensive epidemiological studies revealed repeatedly an inverse relationship between cruciferous vegetable consumption and the incidence of cancer”

Cauliflower is also rich in sulforaphane, a compound that is anti-inflammatory, improves blood sugar control in diabetic patients, and is being explored as an anti-cancer agent (Cancer Letters, 2008). But be warned, boiling cauliflower diminishes its sulphoraphane content (Journal of Agricultural Food and Chemistry, 2012). To optimize the sulphoraphane content of your cooked cauliflower, steam it.

When you cook cauliflower, a compound “sinigrin” is broken down by the enzyme “myrosinase” into a chemical called “allyl isothiocyanate.” Allyl isothiocyanate binds to TRPV1 receptors on the gut’s Vagus nerve, which sends a direct signal to the brain to release the hormone “oxytocin,” which makes you feel full. All that is to say, cauliflower is not only filling because of its high-fiber content, but for neurochemical reasons as well!

How to Fix Your Chapped Lips

Why Dietary Proteins Does NOT Cause Gout

Why It’s Hard to Turn Stress (Cortisol) Off

The Dangers of Red Food Dye

The Most Important White Blood Cell (WBC)
Scroll to top