Carnivore Diet – What They Don’t tell you about Fiber

More specifically, you want help with Carnivore Diet – What They Don’t tell you about Fiber?

This Post Was All About Carnivore Diet – What They Don’t tell you about Fiber. 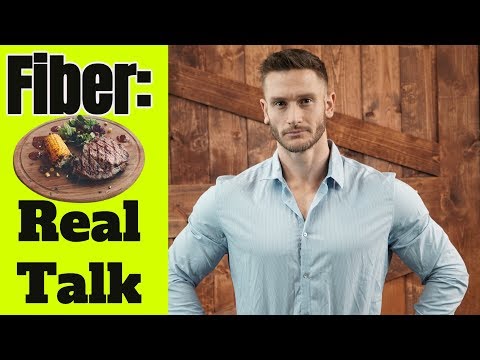 63 cases of idiopathic constipation were enrolled into the study

Thereafter, they were asked to reduce the amount of dietary fiber intake to a level that they found acceptable

At 6 months, 41 patients remained on a no fiber diet, 16 on a reduced fiber diet, and 6 resumed their high fiber diet for religious or personal reasons

The researchers speculated that there may be a disconnect between what the layman classifies as constipation and how it should be treated, and what constipation actually is

Most people define constipation as failing to pass stool – and what we’re told is that if we make more poop (by adding more fiber to the diet and bulking things up), it will be easier to “go”

However, here, the researchers speculate that the role of fiber in constipation is like merging cars in heavy traffic

If there’s a jam, adding more cars doesn’t clear up the congestion – so adding more fiber and increasing the volume and bulk of poop wouldn’t necessarily make it easier to go

In patients with idiopathic constipation and a colon packed with feces, reduction in dietary fiber would reduce fecal bulk and volume and make evacuation of the smaller and thinner feces easier

Adding dietary fiber would only add to the bulk and volume and thus make evacuation even more difficult.

It’s often stated (even in physiology textbooks) that bulking agents improve peristalsis*, there is no proof of this in practice nor experimentally

Regardless of the food ingested, small intestinal and right mid colonic contents are fluid and all indigestible dietary fiber is suspended therein

Dietary fiber, therefore, cannot act as solid boluses for the initiation of peristalsis – in fact, dietary fiber has been shown to inhibit peristalsis and hold up gaseous expulsion in human experiments

Water Retention: How to Reduce Bloating from Sodium- Thomas DeLauer

The Side Effects of Metformin & How to Minimize Them

Asthma, Vitamin D and Remodeling of the Lung

How to Really Become Fat Adapted

Does a Muscle “PUMP” Help Deliver Nutrients? Scroll to top