You are here: Home1 / All Articles2 / Keto Course3 / Carb Timing on a Keto Diet: When to Eat Carbohydrates

Carb Timing on a Keto Diet: When to Eat Carbohydrates

More specifically, you want help with Carb Timing on a Keto Diet: When to Eat Carbohydrates?

This Post Was All About Carb Timing on a Keto Diet: When to Eat Carbohydrates. 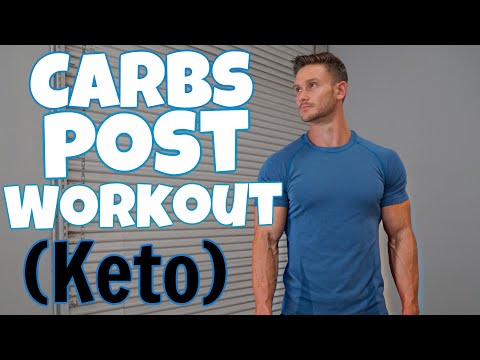 Carb Timing on a Keto Diet: When to Eat Carbohydrates Absorption of different types of carbohydrate: The monosaccharides glucose and galactose are transported across the luminal membrane of the intestinal epithelial using a sodium dependent glucose transporter SGLT1. It is believed that this transporter saturates when glucose intake is around 60 g/h – Fructose uses a different transport system and is transported (independent of sodium) by GLUT5

Fructose absorption follows a completely different path and is not affected by the saturation of SGLT1.
It is absorbed independently by a sodium independent transporter called GLUT5 – So the combined ingestion could result in an increased total delivery of carbohydrates into the circulation and increased oxidation by the muscle. All these monosaccharides are transported across the basolateral membrane into the circulation by GLUT2

Study 1 – The British Journal of Nutrition-
The aim of the study was to investigate whether a mixture of glucose and fructose when ingested at a high rate (2.4 g/min) would lead to even higher exogenous CHO oxidation rates (greater than 1.3 g/min)

The results demonstrated that when a mixture of glucose and fructose is ingested at high rates (2.4 g/min) during 150 min of cycling exercise, exogenous CHO oxidation rates reach peak values of approximately 1.75 g/min.

In other words, the ingestion of glucose:fructose was at an average rate of 2.4 g/min resulted in 65% greater oxidation than glucose only and very high peak oxidation rates of 1.75 g/min were reached (1)

Study 2 – Medicine and Science in Sports and Exercise:

Another study demonstrated that a glucose: fructose drink could improve exercise performance compared with a glucose drink. Cyclists exercised for 2 h on a cycle ergometer at 54% VO2max during which they ingested either a carbohydrate drink or placebo and were then asked to perform a time trial that lasted another 60 min. When the subjects ingested a glucose drink (at 1.8 g/min), they improved their average power output by 9% as compared with placebo (254 vs. 231 W)

The Best Pattern of Intermittent Fasting

5 Signs of a Potassium Deficiency & HOW to Fix