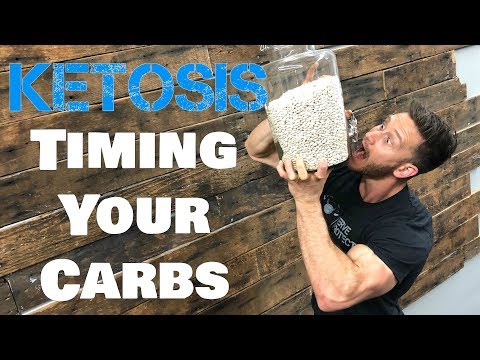 Insulin:
Your insulin sensitivity in muscle and fat cells is higher in the morning than in the evening, which means that your muscle and fat cells will be more receptive the glucose sugars earlier in the day.
This is good in the case of muscle as more glucose absorbed into the muscles = better performance in the gym), and bad in the case of fat as more glucose absorbed into the fat cells = more fat storage (1,2)

Idea Behind Backloading:
The idea is that you use insulin to your advantage by not eating carbs when your body is most able to store them as fat (early in the day) – instead, you eat carbs when your body is most likely to store them as glycogen in the muscles (later in the day, after working out) The post-workout point is important: you use weightlifting later in the day to deplete glycogen stores and increase insulin sensitivity in the muscle cells, but not the fat cells, so when you then start eating carbs, your body preferentially shuttles them into the muscles, not fat cells. The theory is that insulin sensitivity will be increased in your muscle cells, but will remain at a lower sensitivity in your fat cells. As a result, when you start eating carbs, they will instantly be utilized by your muscles, rather than being stored as fat (1,2) Good in theory, but you’re not going to see a huge difference in insulin sensitivity if you’re already carb depleted

Additional Benefits of Carb Backloading:
Carbs help transport tryptophan across the blood brain barrier, which is an amino acid that gets converted to the neurotransmitter serotonin. Serotonin gets converted to melatonin in the pineal gland and melatonin is responsible for regulating your sleep and wake cycle (5,6)

Afternoon/Night:
Backloading is most preferable for those who allocate their workouts towards the latter end of the day – will reap the benefits of insulin sensitive muscles (carb backloading still encourages a meal in the morning, usually protein accompanied with healthy fats) If you’re following a keto diet, allocating your carbs to this period could workout for you if you keep it within the respective range of acceptable carbs on keto.

Morning:
For those who work out during the morning, fasted training is more preferable. Exercising in a fasted state increases both lipolysis (breaking down of fat cells for energy) and fat oxidation rates (the burning of this energy by cells) So when you exercise with your insulin at a baseline level (which they are upon waking), your body is able to both mobilize and burn more fat during your workouts than when insulin levels are elevated (4)

Glycogen:
An average person stores enough glycogen to last for 12 to 14 hours or over 2 hours with sustained moderate intensity. The body stores approximately 450-550 grams of glycogen within the muscle and liver for use during exercise (3)

4) How to Lose Fat Faster With Fasted Cardio (and Keep Your Muscle). (n.d.). Retrieved from

How Much Rest & Recovery Do We Really Need With Exercise?

How to Deal With Someone Sneezing Around You