You are here: Home1 / All Articles2 / Keto Course3 / Can Anything Sweet (like gum) Affect Fasting or Keto

More specifically, you want help with Can Anything Sweet (like gum) Affect Fasting or Keto? 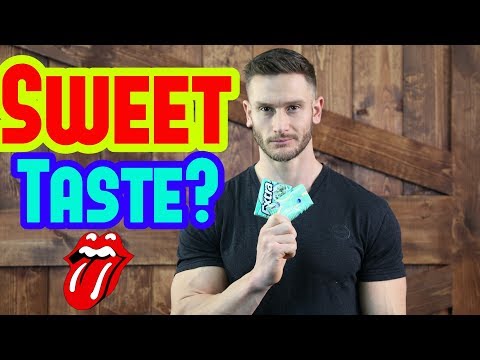 Can Anything Sweet (like gum) Affect Fasting or Keto – Thomas DeLauer

Some sweeteners do elicit an insulin response, and this phenomenon is known as the cephalic phase insulin response (CPIR) – believed that it helps prepare the body for the inevitable carb load that comes with it

In nature, anything sweet would be a carb – so the CPIR is simply the body’s way of “priming the pump” by releasing a little insulin in anticipation of a carb load, which will cause a subsequent greater insulin release

A fifth condition involved a modified sham-feed with apple pie – the five stimuli were administered in counterbalanced order, each on a separate day

In both study 1 and study 2, no significant increases in plasma insulin were observed after subjects tasted the sweetened solutions

In contrast, significant increases in plasma insulin occurred after the modified sham-feed with both the 1 min and 3 min exposure

The taste stimuli were not swallowed; they were applied in a randomized order, each on a separate day

Blood collection for determination of plasma glucose and plasma insulin concentrations was performed 3 min before and 3, 5, 7 and 10 min after taste stimulation

In conclusion, the current data suggest that the sweeteners sucrose and saccharin activate a CPIR even when applied to the oral cavity only

Study – Insights in Nutrition and Metabolism

Each group received a different solution:

Insulin levels increased postprandially in the Canderel and glucose groups but not in the Nevella, water or Canderel Green Stevia groups

How Soon Should You Eat AFTER Cardio for Fat Loss (or should you wait?)

When NOT to Take Apple Cider Vinegar (ACV)