You are here: Home1 / All Articles2 / Keto and Fasting3 / Calories In vs. Calories Out – The Debate is Over

Calories In vs. Calories Out – The Debate is Over

More specifically, you want help with Calories In vs. Calories Out – The Debate is Over?

This Post Was All About Calories In vs. Calories Out – The Debate is Over. 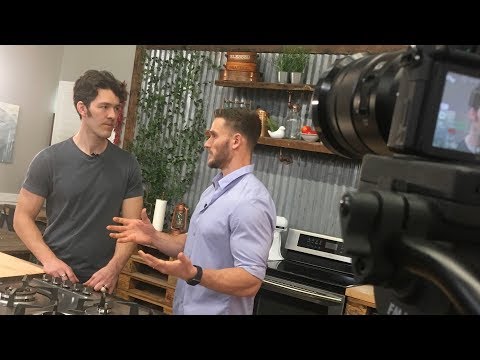 Be Sure to Check Out Mike’s Channel (High Intensity Health):
Mike’s Instagram:

Putting an End to the Calorie Debate – Do Calories in Calories Out Matter?

So, calories in versus calories out. A question that comes up constantly: Does it truly matter and is it a real thing? All over the internet right now, we see people that are talking about, just, if it fits macros, or eating whatever you possibly want as long as it fits within a specific caloric range. Then we have another subset of people that talk about the ketogenic diet and say that when you’re on a keto diet, calories don’t matter at all, or when your fat-adapted calories don’t matter at all.

Mike Mutzel: Buddy, thanks so much for having me. It’s an honor.

Thomas DeLauer: Totally. Tell everyone kind of, you know, a little bit about you and why they should be listening to what we’re talking about today.

Mike Mutzel: Sure, yeah. It’s a great question. I have master’s degree in human nutrition, undergraduate degree in biology. I’ve been studying this stuff for a long time, like you. We have similar backgrounds. I used to work with medical doctors, integrative doctors, and so I’ve worked with a lot healthcare practitioners, studied the research. I too am a skeptic, initially, right, of all these different thing. I was even a skeptic at first of keto. I like to go into the research and see what’s going on, what scientists are saying, what they’re publishing. Yeah, I mean, one of my passions, like you, is looking at metabolic science and figuring out ways that we can optimize our body’s physiology, so that’s what I focus on on my channel.

Thomas DeLauer: Awesome. Very cool. For those of you that know my background … Some of you may or may not, but when he said we have similar backgrounds, we both came from sort of this medical background in the sense that we’re not doctors, but we worked closely with physicians. I managed over 1,200 physicians in the world of ancillary lab services, providing lab services to them. You worked in the industry and worked for closely with pharma and everything. We just know the good, the bad, and the ugly of the industry.

Okay, so calories in, calories out. You and I kind of come from the say cut of cloth when it comes down to this, but the common thing that I’ve been getting hit with lately is you’re having these guys come and say that, especially with the advent of the keto diet, that calories are the end all, be all. Like, it’s all going to come down to calories. Is a calorie really a calorie? Is calories in going to be calories out? I first want hear your initial stance on this, and then we can get kind of a discussion going.

Mike Mutzel: Sure. No, that’s great. I mean, it’s really interesting to think about because if we think about when we go to the gym and say we burned 3,500 calories, right? Let’s say you and I were in beautiful Southern California, we go for a bike ride. I used to race bicycles, and several times when I was training on the weekend for six hours, I would burn north of 6,000 calories. Theoretically, I should have lost about two pounds, just under two pounds of fat per day doing that, but sometimes I would actually gain weight, right? I think it’s oversimplified.

Mike Mutzel: The human metabolism is so integrated with nutrient-sensing receptors, hormones, and so we really need to think of all the different networks and so forth on the cellular and biological level. I think it’s just been oversimplified. I mean, if we think about what a calorie is, it’s a unit of energy to break down … It’s a unit of heat, sorry, to break down an amount, a finite amount of energy. The body doesn’t necessarily work like that. That’s a concept in physics, and so I think it’s just calories certainly matter. I don’t think you can over-consume a lot of calories, more than your physical activity would garner, and necessarily lose weight; but I think with the hormonal shifts and the nutrient-sensing receptors that are up-regulated with fasting, with keto, with exercise, we have a lot of wiggle room there.

Thomas DeLauer: Guys, make sure you give him a follow. Honestly, he’s going to drop some knowledge bombs that even make my mind just go, so-

Mike Mutzel: Thanks, guys. Thanks for having me on.

The 5 Top Health Tips of All Time

The Health Benefits of Paprika