You are here: Home1 / All Articles2 / Keto Course3 / Caffeine: How to Beat Withdrawals- Thomas DeLauer

More specifically, you want help with Caffeine: How to Beat Withdrawals- Thomas DeLauer?

This Post Was All About Caffeine: How to Beat Withdrawals- Thomas DeLauer. 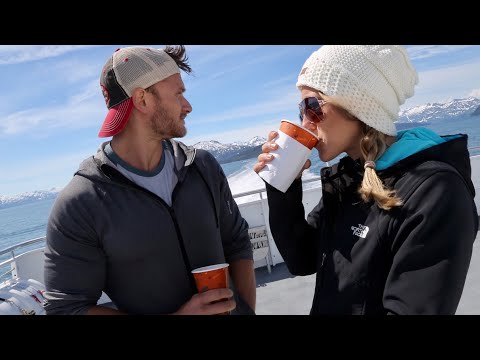 http://ThomasDeLauer.com
Click here to subscribe to my YouTube Channel for more free health and nutrition tips:
Get The Clothes That I Wear at 40% Off – Use Code TD40 at

Caffeine: How to Beat Withdrawals- Thomas DeLauer… How it Works and Tolerance:

Caffeine is molecularly similar to that of adenosine, a molecule that builds up and causes you to feel tired – builds up throughout the day and is depleted during sleep; adenosine thus facilitates sleep and dilates the blood vessels, probably to ensure good oxygenation during sleep. So, when you ingest caffeine, the molecules bind to the receptors in the brain normally used by adenosine. Caffeine Is an adenosine-receptor antagonist; meaning it binds to the same receptors, but does not slow down neural activity. In other words, once caffeine is locked to adenosine’s receptors, there’s no place for adenosine to accumulate – Which prevents it from building up and making you sleepy. All of the extra adenosine that’s floating around causes the adrenal glands to secrete adrenaline – so it increases your attention level and boosts energy. Also, it increases the production of dopamine in the brain’s pleasure circuits, giving you that feel-good sensation.

Caffeine is not a direct stimulant, but rather a stimulant enabler; lets our natural stimulants run amuck – usually lasts from 4-6 hours.The blocking of adenosine receptors by caffeine causes your brain to produce more and more receptors to make up for them – this means that you’ll have to keep upping your caffeine intake in order to bind to all the new receptors (1,2)

According to a study published in The Journal of Clinical Investigation, caffeine tolerance occurred after just 1-4 days among their study participants. They measured this by noting the increased blood pressure, increased heart rate, and plasma epinephrine levels – After 1-4 days these levels were back to their baseline. (3)

Withdrawals: Caffeine causes vasoconstriction, but when we go through a withdrawal, a re-widening of the vessels increases blood flow to the brain, leading to a withdrawal headache (4,6)

Reduce Withdrawals: Caffeine withdrawal symptoms typically begin within 12 to 24 hours after discontinuing caffeine, peaking during the first two days, and can last all the way up to day nine – however, those that consume incredibly high doses of caffeine can experience symptoms for longer.

Cold Turkey: Going cold turkey can be effective, however, it can be crippling to many and is not the ideal way to reduce withdrawals. Slowly Reduce Intake- Slowing reducing caffeine intake day by day is the preferred method – the slow withdrawal of caffeine from the body will eventually result in the decrease of the extra adenosine receptors.

Common Solutions:- Replace caffeinated beverages with herbal teas to soothe symptoms and counteract dehydration, which can worsen headaches and withdrawal symptoms. Get extra sleep to combat fatigue and grogginess.

References:
1) THE BRAIN FROM TOP TO BOTTOM. (n.d.). Retrieved from

2) How Does Coffee Affect Your Brain? – Business Insider. (n.d.). Retrieved from

3) Tolerance to the humoral and hemodynamic effects of caffeine in man. (n.d.). Retrieved from

5) Effects of rutaecarpine on the metabolism and urinary excretion of caffeine in rats | SpringerLink. (n.d.). Retrieved from

6) Caffeine Withdrawal Headache Explained: Your Brain On — And Off — Caffeine. (2009, May 9). Retrieved from m

Shut Your Brain Off When Sleeping Using Calcium

You’re Missing Out by Not Eating Shellfish: The Future of Protein

Weight Loss Plateau 101 for a Slow Metabolism Scroll to top