This Post Was All About Cafe Mocha Cream Cheese Fat Bombs For Keto | ONLY 2 NET CARBS | Easy KETO Recipes For Beginners. 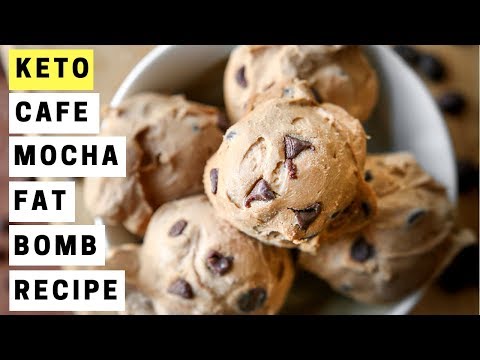 This Cream Cheese Fat Bomb recipe is great for KETO, is infused with coffee and chocolate, and tastes like a cafe mocha from Starbucks! Fat bombs are one of the best keto recipes, and they are so easy to make too. This Cafe Mocha Cream Cheese Fat Bomb recipe has only 2 NET CARBS each, and requires minimal ingredients. As far as keto dessert recipes go, this one is a MUST TRY!

Add the cream cheese and the butter to a large bowl (softened to room temperature)
Use a hand mixer to combine them until smooth
Once smooth, add all of the other ingredients to the bowl
Mix with a spatula until combined
Use a cookie scoop to scoop the batter out of the bowl (recipe will make about 12 bombs), and add to a baking tray lined with parchment paper, and freeze for atleast 3 hours