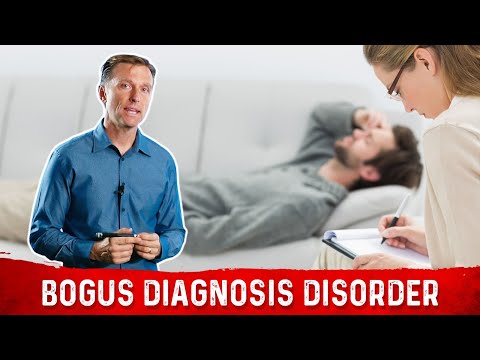 People are being over-medicated and over-diagnosed. Take a look at this.
Books to Recommend:
The Bitterest Pills: The Troubling Story of Antipsychotic Drugs. Joanna Moncrieff. Palgrave Macmillan. September 2013.

Anatomy of an Epidemic
MAGIC BULLETS, PSYCHIATRIC DRUGS, AND THE ASTONISHING RISE OF MENTAL ILLNESS IN AMERICA
By ROBERT WHITAKER

In this video, I want to introduce you to a new diagnosis. It’s called bogus diagnosis disorder.

The main symptom of bogus diagnosis disorder:
• The urge to make up and invent a mental illness.

I am specifically talking about the authors of the “Diagnostic and Statistical Manual of Mental Disorders DSM-5.” They actually vote on certain diseases. There are no blood tests. It’s just subjective.

A few scientific diagnoses that are in this book:

1. Borderline personality disorder
• You feel more emotion more intensely for a longer period of time.
• Possible causes are genetics, brain dysfunction, a problem with the environment.
• What is suggested: antidepressants.

2. Separation anxiety disorder
• When you have a relationship or marriage breakup
• Infants show stranger anxiety by crying when someone unfamiliar approaches.
• It starts at seven months old.
• You can take an antidepressant for this.

3. Caffeine withdrawal disorder
• This is not a mental disorder. This is a physical chemical imbalance.

• When you go through your menstrual cycle, and you have bloating or feelings of hopelessness.
• This is hormonal and is not a mental disorder.
• It’s treated with an antidepressant.

5. Minor neurocognitive disorder
• As you get older, you have a decline in cognitive function that’s beyond your normal age.
• This is a physical problem.
• It’s treated with an antidepressant.

7. Somatic symptom disorder
• Extreme focus on a physical symptom like pain or fatigue.

People are being over-medicated and over-diagnosed for somewhat normal behaviors. They are treated with medications that can have severe side effects. There is a lot you can do for someone’s mood and cognitive state with diet. Healthy keto, intermittent fasting, B vitamins (specifically vitamin B1), and vitamin D are essential.

Why I Love Kale

What Does the Hypothalamus Do?