This Post Was All About Beyond Meat | Silent Killer or Safe Alternative | Plant-based Meat (Nutrition Review). 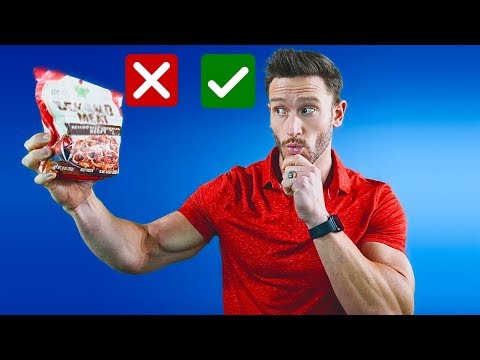 Canola Oil:
Canola oil is commonly used in Beyond Meat, and are unstable, easily go rancid and undergo what’s called oxidation – they react with oxygen in the air to form aldehydes and lipid peroxides. Canola oil is derived from rapeseed, which is made by heating and then crushing the seed to extract the oil. It’s then washed in hexane to extract the last of the oil – hexane is a neurotoxin. It’s then cooled and bleached in order to remove the color.

Phytic Acid:
Phytic acid, also known as inositol hexaphosphate (IP6) has six phosphate groups attached, which means that means that it is highly charged, which gives it its chelative (or binding) properties. In simple terms, phytic acid binds to minerals, metals and anything else it can get its hands on to and takes them out of the body with it.

Yeast Extract (MSG)
Technically yeast extract isn’t considered MSG, but it does contain glutamates – contains naturally occurring glutamates, but not as much as MSG. Glutamate (in MSG) is one of the most commonly used neurotransmitters by the brain, but that doesn’t mean it’s safe to ingest – it’s not. That’s because the body produces glutamate only in tiny concentrations, whereas when you consume glutamate as an additive in your food, its concentration is significantly higher – too much excitement for your brain.

Synthetic Vitamins (B12)
Some Beyond Meat products have vitamins added to them, like B12, but the form of B12 used is cyanocobalamin. Cyanocobalamin is a synthetic and artificially made chemical created in a lab. Low-end manufacturers use cyanocobalamin, as it’s cheap, especially when bought in bulk. It’s been found to be extremely toxic and poisonous molecule (cyanide) that has to be removed from your body by the liver. The process of removing cyanocobalamin from the liver uses up “methyl groups” in your body that are needed to fight things like homocysteine (high levels cause heart disease.) The loss of methyl groups from your body uses up antioxidants, such as glutathione, which worsens your overall health rather than helping it. Methylcobalamin, unlike cyanocobalamin, exists naturally and contains no toxic molecules. It is pre-methylated, meaning it’s ready for your biochemistry to put to immediate use (doesn’t have to be converted, like cyanocobalamin.)

Environmental Impact: An independently peer-reviewed Life Cycle Assessment (LCA), created by Center for Sustainable Systems at University of Michigan, compared the Beyond Burger to your average 1/4 pounder beef burger.
—–
Note on Soy & Canola Production:
Soy proteins and canola oil do have an impact on greenhouse gas emissions, energy use and land use as well. Soy and canola are two of America’s largest scale monocrops (crops that don’t rotate) – grown on thousands and thousands of acres of land doused with pesticides.

From the World Wildlife Foundation, this is the effect of farming soy:
“In South America, almost 4 million hectares of forests are destroyed every year, 2.6 million of them in Brazil alone. Although this is lower than in the 1990s, it is still far too high and can largely be blamed on heavily soy-dependent livestock farming.” In the US, millions of acres of soy are doused with pesticides.
Although soybean meal is the largest source of protein feed in the world, and is generally used in animal feed.

What Will Break Your Fast? (Big Confusion Clarified)