You are here: Home1 / All Articles2 / Keto Course3 / Best Tip for Hashimoto’s Hypothyroid

This Post Was All About Best Tip for Hashimoto’s Hypothyroid. 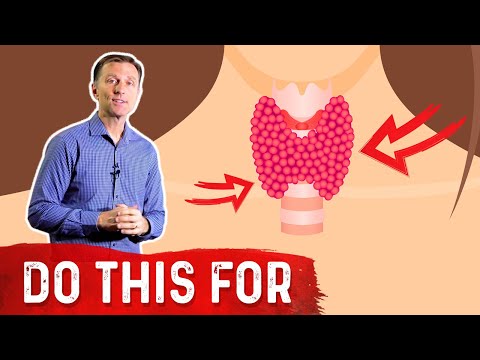 In this video, Dr. Berg talks about an autoimmune hypothyroid condition called Hashimoto’s. An autoimmune condition is where your immune system is generating cells that are attacking itself called antibodies. The most common antibodies that Hashimoto’s involved is called anti-TPO antibodies or anti-thyroid peroxidase, an enzyme that works with Hydrogen Peroxide to make thyroid hormones. If there’s high levels of hydrogen peroxide in the body, it could cause oxidative stress or damage.

Remedies to Support Autoimmune Conditions:
• Selenium (trace minerals) – A very powerful antioxidant that is very helpful in making thyroid hormones and helps with the conversion of inactive to active form.
• Zinc
• S-Acetyl-L-Glutathione – A very important antioxidant that will help clear out the excess amount of hydrogen peroxide.

The Big Problems with Chronic Inflammation

How to Improve Your Sleep Quality

Does ONE Calorie Stop Autophagy and Wreck a Fast?

Join Dr. Berg and Karen Berg for a Q&A on Keto and Intermittent fastin... Scroll to top