This Post Was All About Best Time to Eat Fruit on Keto Diet – Low Carb Meal Timing. 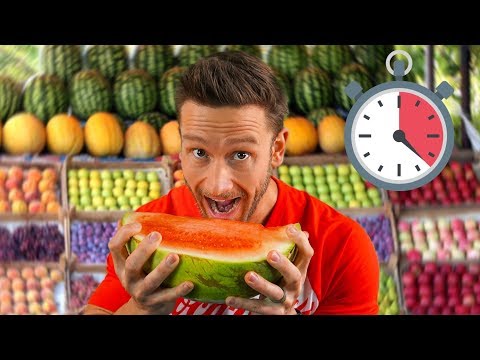 This study found that you start your day with insulin sensitive muscles and insulin resistant adipose tissue, which reverses its trend towards the night, when you end up with the opposite

The showed that the diurnal effect dominates the transcriptome of the human adipose tissue, with more than 25% of the transcribed genes being diurnally regulated

The circadian gene, PER1, was prominent among the genes with significantly higher expression in the morning versus the afternoon or evening, with up to a 10-fold change in some patients for PER1 mRNA expression

Genes that were positively correlated with PER1 mRNA levels included those involved in fructose and mannose metabolism and glycolysis (PFKFB, FUK, MPI, PFKM):

Conversely, “fuel accumulation” genes, such as those involved in cholesterol biosynthesis (HMGCR, HMGSC1), LDL receptor (LDLR), and glucose transport (GLUTS 1, 3, 5 and 14) have low levels in the morning and rise in the afternoon (negatively, correlated with PER1 mRNA.)

Moreover, the results demonstrated robust regulation of the core clock gene, PER1, and of genes encoding for ribosome processing and biogenesis and inflammatory processes

Ribosome biogenesis genes were on the diurnal incline, with levels rising by afternoon and remaining constant until evening

Ribosome biogenesis is an indicator of cellular activity and, in this case, most likely driven by the AKT/PI3K/mTOR pathway

Found that fasting actually causes a temporal delay in the diurnal rhythm, thereby extending the catabolic state of the adipose (into the afternoon)

In other words, genes that were upregulated in the fasting arm were positively correlated with PER1 expression

Your body tends to oxidize fats for energy more during the day, and it’s primed more for storing them later in the evening

Fructose 6-phosphate (sometimes called the Neuberg ester) is a derivative of fructose, which has been phosphorylated at the 6-hydroxy group

Specifically, the enzyme converts fructose-6-phosphate to a molecule called fructose 1,6-bisphosphate (just further along the conversion path to ultimately being stored)

As the study stated, “fuel accumulation” genes, such as those involved in glucose & fructose transport (GLUTS 1, 3, 5 and 14) have low levels in the morning and rise in the afternoon

7 Out of 10 People Take Prescription Drugs

The Egg Diet: Is it Safe to Eat ONLY Eggs on a Keto Diet? – Thomas DeLauer

The Healthiest Pizza in the World: PART 2