so we’re gonna talk about the absolute best remedy or antidote for Tylenol poisoning another name for Tylenol or the generic version of Tylenol is acetaminophen and there’s such a thing as acetaminophen induced liver injury especially if you take large amounts of it either by accident or on purpose over 70,000 people are hospitalized from taking too much of this and over 300 people a year die of Tylenol poisoning so what this Thailand I’ll do to the body well it destroys the liver cells and one of the best antioxidants for the liver that helps protect against damage is glutathione but the remedy or antidote you need to take which is widely accepted by the medical field is NAC and that stands for n-acetylcysteine NAC is a precursor or a building block for glutathione and I would also recommend taking glutamine with that which is not a necessity but I sent something that can actually help bolster the glutathione but glutathione is the most powerful antioxidant for the liver your body actually makes it and it protects the liver cells against free radical damage and poisons and so it decreases the side-effects from things that are poisonous to the liver now as far as the amounts that you would take if you have a large exposure to Tylenol would be a hundred and forty milligrams per kilogram of your own body weight so if you weighed 150 pounds that would be 68 kilograms you would need to take nine thousand five hundred and twenty milligrams okay now normally NAC comes at about a thousand milligrams so you would take nine pills right off the bat so you want to cut this in half so you’d want to take like five thousand milligrams which is five pills every four hours 17 times now this protocol is mainly for people that had a tremendous amount of Tylenol like it’s a very toxic dosage so if you don’t take that much and for some reason you need to take tylenol because you have serious my and you’ve tried everything else yet you’re not taking this massive toxic dosage I would recommend something like maybe 1 to 2 thousand milligrams every four hours for a 24-hour period after you get the headache this can actually help minimize encounter some of the destructive nature of this chemical I just want to mention Reye’s syndrome now try syndrome mainly affects children not adults and it’s not from Tylenol it’s from aspirin okay in other things as well like viruses but if you know of anyone that actually has this disorder I put a link down below because this is very important you would want to give that child a lot of b1 like 750 milligrams which is way over the RDAs but this has been known to help counter allow the effects alright guys thanks for watching I will see you in the next video so if you want more knowledge on how to create a healthy body subscribe now and get daily notifications

This Post Was All About Best Remedy (Antidote) for Tylenol Poisoning. 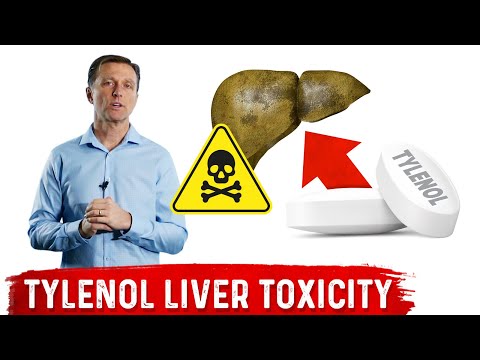 This is what you need to know about Tylenol poisoning.

Timestamps
0:08 About acetaminophen
0:32 What does Tylenol do to the body?
0:36 How to protect against damage
0:44 The best remedy for Tylenol poisoning
1:25 Dosage
2:35 Reye’s syndrome

What does Tylenol do to the body?
• It destroys the liver cells.

One of the best antioxidants for the liver that helps protect against damage is glutathione.

The Function & Malfunction of the Pancreas

The Best 7 Herbal Diuretics for Fluid Retention Scroll to top