This Post Was All About Best 4 Nuts to Eat on Keto (high fat low carb). 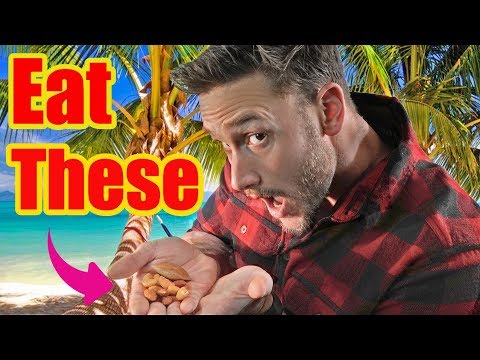 Omega-7 protects the insulin-producing cells of the pancreas from glucose-induced toxicity – enhances proliferation of pancreatic beta cells, helping your body optimize blood sugar control with its own natural insulin

A study from the Cleveland Clinic Wellness Institute in Ohio conducted the first randomized, controlled trial in humans of supplementation with purified omega-7

At 30 days, the supplemented group showed a significant mean lowering in C-reactive protein with a 44% reduction compared with the control group

In a study published in the journal Cell Metabolism, researchers found that omega 9’s trigger production of a compound in the small intestine that curbs hunger pangs, oleoylethanolamide (OEA)

Oleic acid is transformed into OEA by cells in the upper region of the small intestine – OEA then finds its way to nerve endings that carry the hunger-curbing message to the brain, there, it activates a brain circuit that increases feelings of fullness

More specifically, the conversion of dietary oleic acid to OEA is an activating process that maximizes the fatty acid’s ability to interact with PPAR-α – OEA signaling at PPAR-α may contribute to the physiological induction of satiety

Source of monounsaturated fats oleic acid and palmitoleic acid, just like macadamias, but is beneficial because of its mineral & vitamin profile

Brazil nuts are best known for their high content of selenium – 1 oz contains 774% DV, and an estimated 1 billion people worldwide are deficient in selenium

Phosphorus is a basic building block of your DNA, as well as ATP, the energy molecule that makes muscle movement possible

Specifically, all energy production and storage are dependent on phosphorylated compounds, such as adenosine triphosphate (ATP) and creatine phosphate

Fat content comes in the form of monounsaturated fat, and is the highest fat/lowest carb nut in the world

*Simply, myelin is a protective covering or sheath that twists around nerves (neurons), including nerves in the brain – myelin is made of 70% fat and 30% protein*

A number of manganese-activated enzymes play important roles in the metabolism of carbohydrates, amino acids, and cholesterol

More specifically, manganese is a constituent of the enzyme, pyruvate carboxylase, which plays an important role in gluconeogenesis: converts pyruvate into glucose for subsequent use

Walnuts are significantly higher in omega 3’s than any other nut, providing 2.5 grams per 1 oz – should note that it comes in ALA form

Dr. Berg’s Vitamin K2: and how to use it

The WORST Supplements of 2021 – Avoid These!

5 Key Reasons to Workout on an Empty Stomach

WHY You Need Keto and Intermittent Fasting

Chemotherapy vs Cruciferous Scroll to top