You are here: Home1 / All Articles2 / Keto and Fasting3 / Basics of Fat Loss | Simple Science that You can Use

Basics of Fat Loss | Simple Science that You can Use

More specifically, you want help with Basics of Fat Loss | Simple Science that You can Use?

This Post Was All About Basics of Fat Loss | Simple Science that You can Use. 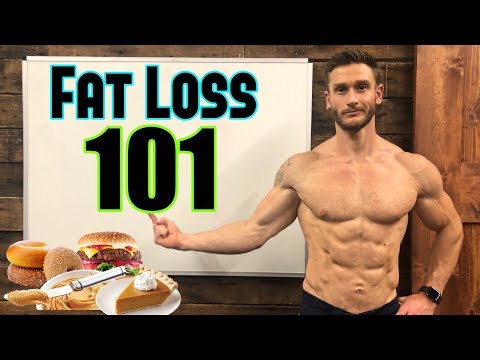 The levels of hormone-sensitive lipase (HSL) in your body are inversely proportional to the serum levels of insulin – what this means is that as the levels of HSL decrease, the insulin levels in your blood increase

Under fasting conditions, with minimal insulin in the blood, glucagon promotes formation of the phosphorylated, active form of hormone-sensitive lipase

When epinephrine is present, it further shifts the equilibrium to active hormone-sensitive lipase, increasing the hydrolysis of triglycerides to produce free fatty acids (FFA) and glycerol

The glycerol is carried to the liver, where it enters gluconeogenesis, while the FFA are carried on serum albumin to the tissues where they are catabolized for energy

Monoglyceride lipase (MGL) is selective for MGs and generates glycerol and the third FA – thus, lipolysis constitutes a coordinated three-step process catalyzed by three different enzymes, which degrade TG into glycerol and FAs

Hormone-sensitive lipase (HSL) is presumed to be essential for lipolysis, which is defined as the mobilization of free fatty acids from adipocytes

Lipolysis is under the control of various hormones and cytokines in adipocytes – Lipolytic hormones such as catecholamines and ACTH stimulate cAMP-dependent protein kinase (PKA), which in turn phosphorylates hormone-sensitive lipase (HSL) and perilipin in adipocytes

The Amazing Benefits of Berberine

The Missing Nutrient in Hair, Nails and Skin

The Benefits of Magnesium