You are here: Home1 / All Articles2 / Keto Course3 / B1 (Thiamine) Deficiency and High Carb Diets

More specifically, you want help with B1 (Thiamine) Deficiency and High Carb Diets?

This Post Was All About B1 (Thiamine) Deficiency and High Carb Diets. 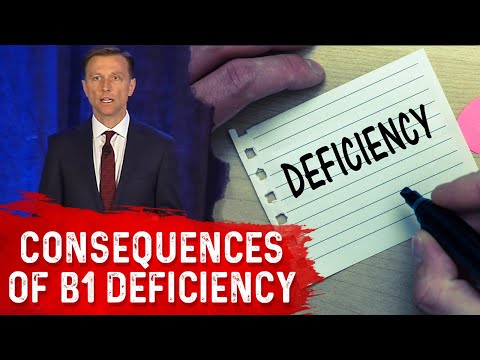 Get the Entire Keto & IF Summit Presentation Here:

Dr. Berg talks about vitamin B1 (Thiamine). It is one of the nutrients that is most depleted by consuming carbohydrates and a cofactor of 5 key enzymes in the mitochondria. Vitamin B1 deficiency is called Beriberi. He also discussed about the several functions of vitamin B1.

What Does the Hypothalamus Do?

Weight Loss Is Not Natural For Your Body

Lard or Coconut Oil: Which has More Saturated Fat?

Bone Broth Fasting Challenge- Day 1 | How to do Your Fast – Thomas De... Scroll to top