You are here: Home1 / All Articles2 / Keto Course3 / Are you Eating TOO Much Fat? Fat Cell Storage

Are you Eating TOO Much Fat? Fat Cell Storage

More specifically, you want help with Are you Eating TOO Much Fat? Fat Cell Storage?

This Post Was All About Are you Eating TOO Much Fat? Fat Cell Storage. 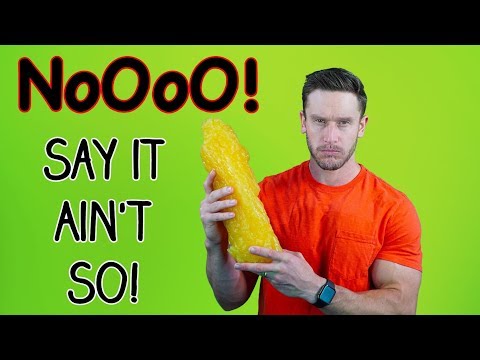 Are you Eating TOO Much Fat? Fat Cell Storage – Thomas DeLauer

ASP is a hormone produced by adipocytes that’s produced through a process involving three proteins: C3, factor B and adipsin, which are secreted by adipocytes – it’s an adipogenic hormone that stimulates triglyceride (TG) synthesis and glucose transport in adipocytes

The reason people get fat is being in a caloric surplus, also known as eating more than your body needs, for an extended period of time.

A recent study on overfeeding via carbs looked at this:

Carbohydrate overfeeding increases de novo lipogenesis and fat storage, but how significant of a contribution does this actually make to body fat gain:

They found that the carb-overfed women stored about 282 grams of body fat per day, but only 4 grams of it came from de novo lipogenesis

De novo lipogenesis accounted for only 1.4% of their fat gain

If you are eating excessive amounts of DHA or EPA, these fatty acids are more likely to be incorporated into phospholipid bilayers than adipose tissue

The abundance of EPA and DHA in human subcutaneous adipose tissue is low, typically less than 0.2 for EPA and up to 1.0 mol% for DHA

This suggests that EPA and DHA are not preferentially stored in adipose tissue triacylglycerol long-term, rather they may be partitioned to oxidation pathways or to storage in other lipid fractions, such as phospholipids; red blood cell and plasma phospholipids have a notably higher abundance of both EPA and DHA than adipose tissue

When dietary intake is appropriate, both EPA and DHA are common in cell membranes throughout the body (in contrast, DHA alone can be found in very high concentrations in the retina and the brain, implicating its important role in vision and general nervous system function)

Cell membranes are made up of 2 layers of a diverse group of similar-shaped molecules called phospholipids, which directly or indirectly influence nearly every aspect of a cell’s daily activity

After EPA and DHA are consumed through the diet, they are placed within a membrane phospholipid, where they can affect cellular function by promoting the fluidity, flexibility, and/or the permeability of a membrane

These features are vital to numerous daily cell operations including receiving, processing, and responding to information from nearby cells and messages coming from the surrounding environment

How Much Alcohol Do People Really Drink?

How to Repair Liver Damage after Alcohol