can you guess america’s favorite vegetable corn now it’s debatable whether corn is an actual vegetable or grain or actually a fruit if you look at the different definitions of it but I don’t think it’s a vegetable because vegetables are like the Leafs and stems of plants but regardless of that corn has a couple issues with it number one it’s pretty low in nutrients like if you take a hundred grams of fresh corn it’s four percent vitamin a six percent vitamin C two percent iron and zero percent calcium there’s just not a lot of nutrients in corn and of course when people are eating corn they’re not usually eating fresh corn they’re doing either corn chips or popcorn or something made with corn starch but corn is just in so many foods at the grocery store now here’s the problem of corn ninety-three percent of the corn grown at least in the u.s. is GM oh and there’s two different types that make up GMO you have HT and BT HT would be herbicide tolerant so if you grow corn and you spray roundup ready which is glyphosate on the corn it kills the weeds but it doesn’t kill the corn because the corn is resistant to the herbicide now BT is slightly different the actual corn kernel is insecticide so when the insects eat it they die that’s what’s making up this 90 percent of the corn grown in the US and the majority of this is fed to animals of course we then eat the animals so we get it indirectly now the other problem that I see is that farmers that grow the corn actually get paid to grow the corn so it’s very profitable you can make high fructose corn syrup corn oil and what really shocked me is an average person in the u.s. consumes a hundred and sixty pounds of corn every single year I’m not consuming any corn in my diet so some people are obviously consuming a lot more than 160 pounds and corn is the most GMO food probably ranking close with a soy both of those are very very high in the list all right talk about the difference between fact and opinion a fact is something that is based on evidence truthful information an opinion may or may not be based on evidence and it may not be truthful and just because a lot of people tell you a lie doesn’t make it a truth so if a hundred people told you the same lie would it be a truth what about a thousand because when you do searches on the Internet you will see everywhere that GMOs are considered safe in fact the FDA even said that they’re confident that the genetically engineered food is as safe as it’s conventional counterpart well this is an opinion and this is definitely an opinion let’s go right to the facts the World Health Organization based on evidence stated that the chemicals and GMO foods are a probable carcinogen and there’s a couple of there facts that you may not be aware of the FDA does not do safety tests on GMO food they said it’s the manufacturing company’s responsibility to ensure safety and here’s another fact that length of time that these GMO foods were tested on animals rats were only three months this is not enough time to really see the consequences of what these GMO foods do to our bodies and the other fascinating thing about the FDA is they don’t require independent safety studies and on top of that when you do the safety study you don’t even have to send them the entire complete study you can send them a summary of the study amazing but true alright so now that you know America’s favorite vegetable comment below on what your favorite vegetable is so if you want more knowledge on how to create a healthy body subscribe now and get daily notifications 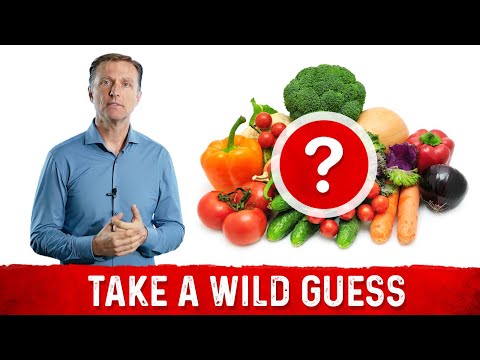 Is America’s most favorite vegetable even healthy?

In this video, we’re going to talk about America’s favorite vegetable. Can you guess what it is?

Corn is America’s favorite vegetable. It’s debatable whether corn is an actual vegetable, or grain, or fruit. I personally don’t consider it a vegetable. The problem with corn is that it’s not very high in nutrients. It also doesn’t have a lot of fatty acids or amino acids. The other big problem is that 93% of corn in the United States is GMO

The two versions of GMO corn:

A few more things about corn:

Why Potassium Makes You Energetic

The Worst Advice for a Diabetic

Use These Foods to AMPLIFY Ketosis (& Get Deeper in Keto)