This Post Was All About Abdominal Fat Connection – Salt, Cortisol, and Fat. 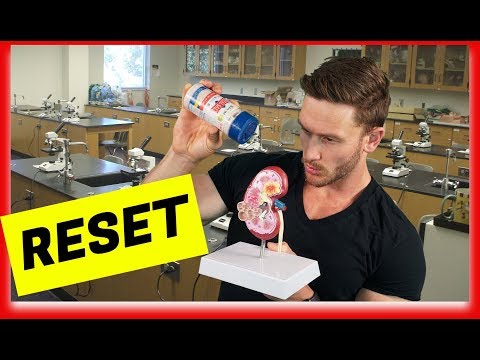 For example, loss of adrenal glands leads rapidly to life-threatening abnormalities in electrolyte and fluid balance (urinary excretion of sodium is high and the concentration of sodium in extracellular fluid decreases significantly)

The major target of aldosterone is the distal tubule of the kidney, where it stimulates exchange of sodium and potassium – three primary physiologic effects of aldosterone result:

Increased resorption of sodium: sodium loss in urine is decreased under aldosterone stimulation

Low sodium status can also increase aldosterone, an adrenal hormone that seeks to preserve sodium in the body when it’s perceived to be scarce.

Simply, as cortisol elevates your body holds onto more sodium

Aldosterone is responsible for telling the kidneys to retain the salt that your body needs.

A lack of sodium can cause the brain to send signals to the adrenal gland to increase the release of hormones responsible for water balance. Cortisol is released alongside these other hormones.

Causes the release of aldosterone alongside cortisol

Data were also gathered over the same time period for all patients with severe hyponatremia, (serum sodium ≤120 mmol/L) in order to determine the frequency of cortisol requesting and the incidence of adrenal insufficiency

*Hyponatremia refers to a low level of sodium in the blood*

The median cortisol concentration for patients with sodium ≤110 mmol/L was 856 nmol/L, and there was a gradual decrease in cortisol over the sodium range ≤110–150 mmol/L

42% of the 978 patients with serum sodium ≤120 mmol/L had serum cortisol measured within two weeks, of whom 1.7% were diagnosed with adrenal insufficiency

Spontaneous activity was 33% lower while responses to sodium salts lagged by a mean of 30%, to acids by 25% and to bitter salts and quinine by 17%

Mean activity to sugars was 60% higher in the deprived group

How to Fix a Sore Throat within 2 Minutes! WITHOUT Pills, Herbs or Drugs