You are here: Home1 / All Articles2 / meditation grey matter

This Post Was All About 4 Scientific Ways to Boost Reaction Time. 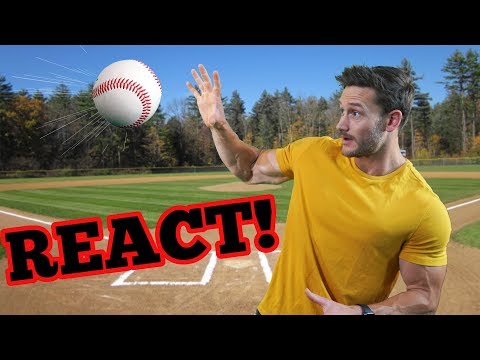 These neurons are then triggered to release chemical messengers called neurotransmitters which help trigger action potentials in nearby cells, and so help spread the signal all over

The sense of knowing where you are in space is known as proprioception, and the nerves that transmit this information are among the fastest in your body

This is because they have two special characteristics that allow them send information very quickly – a large diameter, and a myelin sheath

A study in the journal Neurons found that capillaries supply oxygen to the brain – while arteries are the main supply routes into the brain, blood ultimately delivers its payload of oxygen to its final destination via a vast web of smaller capillaries, or microvessels, which permeate brain tissue

This phenomenon is unique to the capillaries because of their size – the thin walls of the microvessels mean that the oxygen levels in adjacent brain tissue are mirrored within the capillaries, which can signal to red blood cells to spring into action

With exercise, the sympathetic nervous system is activated and there is an increase in blood pressure and heart rate

Performing any form of cardiovascular training improves your capillary density, which in the long run improves physical fitness and increases cerebral blood flow

The myelin sheath is a protective covering that surrounds fibres called axons, the long thin projections that extend from the main body of a nerve cell or neuron

Lion’s mane contains two unique types of compounds, hericenones and erinacines stimulate synthesis of Nerve Growth Factor (NGF). NGF is a protein that plays a major role in the maintenance, survival and regeneration of neurons in both your central and peripheral nervous systems

A study published in Psychiatry Research: Neuroimaging, led by Harvard-affiliated researchers found that meditation-produced changes over time in the brain’s gray matter (the darker tissue of the brain and spinal cord, consisting mainly of nerve cell bodies and branching dendrites)

In a study published in Neuropsychologia, 22 subjects with an average age of 21 were given, after overnight fasting and on an empty stomach, 400 milliliters of orange juice with either 2 grams of tyrosine or 2 grams of a cellulose placebo dissolved in the juice

The subjects then underwent a “washout” period for 7 days and switched supplement groups.

Specifically, reaction time was, on average, 6.2% faster than the placebo group (214 versus 228 milliseconds)