You are here: Home1 / All Articles2 / how to get rid of chest fat

Tag Archive for: how to get rid of chest fat

This Post Was All About 8 Methods to Reduce Chest Fat. 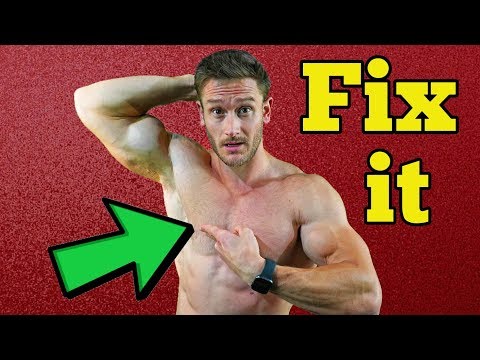 Gynecomastia is common, being present in 30% to 50% of healthy men, with at least 30% of males will be affected during their life.

In other words, gynecomastia is the enlargement/proliferation of the glandular tissue of the male breast, and pseudogynecomastia refers to the presence of fat deposits in the breast area of obese men

Simply put, they are a blatant sign that female hormones are running rampant in the bloodstream and have hijacked the endocrine system

DIM is a naturally occurring byproduct of indole-3-carbinol (IC3), and IC3 itself is a byproduct of glucosinolate glucobrassicin, which is a compound found in all cruciferous vegetables, such as: broccoli, cauliflower, cabbage, brussel sprouts, and kale

In women, high-fiber diets cause a decrease of β-glucuronidase activity in that leads to decreased reabsorption of estrogen in the colon

*estrogens excreted in the bile can be deconjugated by bacterial species with ß-glucuronidase activity in the gut, leading to their reabsorption into the circulation*

In addition, fiber binds to estrogen in the intestine, increasing its fecal excretion

SHBG is a glycoprotein produced by the liver to regulate steroid hormones that binds tightly hormones found in both men (i.e. testosterone) and women

It works by binding into the active free-testosterone molecules, rendering them inactive and unable to bind the androgen receptor sites in the body – in layman terms, it reduces the activity of bodily androgens

Magnesium binds SHBG in a nonspecific mode, leading to an uncompetitive inhibition with T in binding SHBG and to a subsequent enhancement of Bio-T availability.

The liver is where your hormones are metabolized, having a poorly functioning liver can also convert androgens into estrogens

If liver function is impaired then estrogen can become excessive – can be explained by two of the liver’s detoxification processes, which filters hormones and toxins in the bloodstream

Methionine is an essential amino acid and together with cysteine, is one of only two sulphur-containing amino acids.

Together, they help create the sulphur-containing compound, glutathione, in the liver