You are here: Home1 / All Articles2 / how to get rid of a headache fast

Tag Archive for: how to get rid of a headache fast

This Post Was All About Turmeric Benefits | How to Beat Headaches Naturally | Turmeric for Pain Relief- Thomas DeLauer. 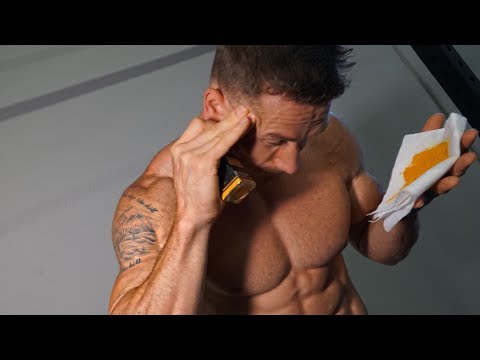 Turmeric Benefits | How to Beat Headaches Naturally | Turmeric for Pain Relief…
In one study it was found that ½ of adults with migraines have been prescribed a narcotic painkiller, with many being prescribed barbiturates. Both of these types of drugs can lead to addiction, cause withdrawal symptoms, and may even worsen migraines in the long term. And over-the-counter drugs? These often provide little to no relief, and if used in excess or for prolonged periods of time, carry health risks themselves. Acetaminophen, one of the most common over-the-counter painkillers, can be extremely dangerous for your liver if taken in too large of doses or frequently over long periods of time. Not to mention that all of these drugs can have dangerous reactions if taken together with other medications. Because of these risks and lack of effectiveness, natural remedies are an option that frequent headache sufferers ought to try.

What Causes Headaches?
There are multiple causes of traditional headaches, including stress, over-exertion, sleep deprivation, dehydration, sickness, medications, loud noises, injury, allergies, dental issues, among many other causes. Studies have found that tumor necrosis factor (TNF)-α plays an important role in the pathogenesis of migraines. Neuroinflammation and pain are partly thanks to nociceptor activation (nociceptor is a type of receptor at the end of a sensory neuron’s axon that responds to damaging or potentially damaging stimuli by sending pain signals to the spinal cord and the brain. This process is called nociception.), increased prostanoid production, and hyperexcitability of neurons caused by (TNF)-α

The benefit of turmeric for those with headaches, particularly migraines, is largely thanks to its anti-inflammatory, anti-nociceptive (pain relieving), and neuroprotective effects.

Case Study-
A 2011 study published in the Indian Journal of Pharmacology evaluated the anti-inflammatory and antinociceptive activity of turmeric oil. In this study, the researchers fed mice either carrageenan, dextran, or formalin, compounds known to cause inflammation and pain. There was a control group for each substance, groups fed varying levels of turmeric oil, and mice fed aspirin to reduce pain. As compared to control mice, those fed turmeric oil experienced reduced inflammation as well as symptoms of pain. Mice fed turmeric oil showed fewer symptoms of pain when compared to mice who were given aspirin as well as control mice. This study shows the powerful anti-inflammatory and pain relieving benefits of turmeric. With pain and inflammation being tied to migraines, this and many other studies show the properties of turmeric that may help migraine sufferers. There have been very few studies specifically testing turmeric for migraines, however one came out just this year.

4. Many with migraines given narcotics, barbiturates

5. Acetaminophen and your liver: what’s safe?