You are here: Home1 / All Articles2 / how to get focused

Tag Archive for: how to get focused

This Post Was All About Take Theanine with Coffee to Reduce Anxiety (& Improve Sleep). 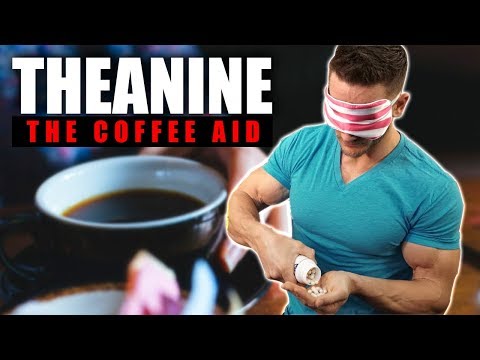 L-theanine is an amino acid found most commonly in tea leaves and in small amounts in Bay Bolete mushrooms.

A unique amino acid, L-theanine is the biologically active constituent of green tea, which has been widely studied for its ability to produce a calming effect and prevent over-stimulation.

Theanine and the Brain

L-theanine is often referred to as, the “adaptogen” of neurotransmitters – similar to the concept of herbs such as rhodiola in adrenal fatigue.

Because it supports GABA activity, L-theanine is a solid treatment consideration when your calming neurotransmitters (GABA and serotonin) levels have been documented to be low.

As a result, it is useful when you are experiencing elevations of your excitatory neurotransmitters including dopamine, norepinephrine and epinephrine.

L-theanine promotes the release of serotonin and dopamine.

While glutamate is the brain’s most important excitatory neurotransmitter, L-theanine binds to the same brain cell receptors and blocks them to glutamate’s effects.

L-theanine appears to trigger the release of alpha-waves, which enhances relaxation, focus, and creativity.

When alpha oscillations are prominent, your sensory inputs tend to be minimized and your mind is generally clear of unwanted thoughts.

When your brain shifts gears to focus on a specific thought—in either a positive or negative way—alpha oscillations tend to disappear and higher frequency oscillations begin running the show.

There is a synergistic relationship when using caffeine with L-Theanine.

A ‘vasoconstrictor’ is a substance that makes your blood vessels smaller – temporarily increasing your blood pressure.

It seems that taking caffeine with L-Theanine helps to reduce these effects as well as improves your mood.

Study, in the Journal of Nutritional Neuroscience, compared 50 mg caffeine, with and without 100 mg L-theanine, on cognition and mood in healthy volunteers.

The effects of these treatments on word recognition, rapid visual information processing, critical flicker fusion threshold, attention switching and mood were compared to placebo in 27 participants.

Performance was measured at baseline and again 60 min and 90 min after each treatment (separated by a 7-day washout).

The L-theanine and caffeine combination improved both speed and accuracy of performance of the attention-switching task at 60 min, and reduced susceptibility to distracting information in the memory task at both 60 min and 90 min.

How to Get into Flow

More specifically, you want help with How to Get into Flow?

This Post Was All About How to Get into Flow.

Learn more about how to get into a focused, flow state at OptimizeCEO.com/whiteboard

Getting in the State of Flow is one of the most important things to success in both business and in health. It’s that period of time when there feels like there is no time at all because you are either so focused on a task at hand or you’re just flat out in love with what you’re doing.

All and all, if you want to get things done, you need to know how to get in the zone or at least block some of the noise out of your mind.