You are here: Home1 / All Articles2 / how to fix metabolism

Tag Archive for: how to fix metabolism

More specifically, you want help with Repair a Destroyed Metabolism in 10 Steps?

This Post Was All About Repair a Destroyed Metabolism in 10 Steps. 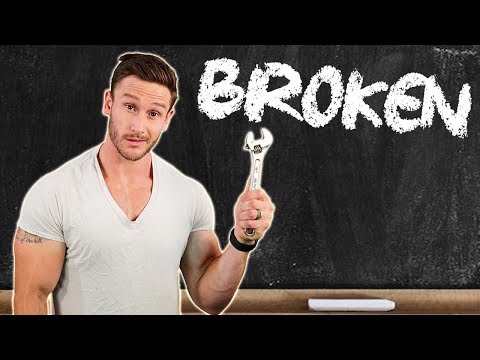 As mentioned, the function of the thyroid gland is to take iodine and convert it into thyroid hormones: thyroxine (T4) and triiodothyronine (T3)

These cells combine iodine and the amino acid tyrosine to make T3 and T4. T3 and T4 are then released into the bloodstream and are transported throughout the body where they control metabolism

Your thyroid converts tyrosine (the other building block) into thyroglobulin and attaches between one and four iodine atoms to create T1, T2, T3, and T4 respectively

3) Overeat, but Overeat with Protein

Looked at whether the level of dietary protein affected body composition, weight gain, and/or energy expenditure in subjects randomized to one of three hypercaloric diets: low protein (5%), normal protein (15%), or high protein (25%)

22 young healthy subjects (11 men and 11 women) were given, in a randomized order, an isoenergetic meal [carbohydrate (81%) or fat (79%)] or remained fasting

In both genders, leptin response was higher after the carbohydrate meal than after the fat meal and while fasting

5) Focus on Strength Training instead of HIIT

A study published in the journal Amino Acids had 12 healthy men complete a resting control trial and a trial consisting of ten 6 seconds cycle ergometer sprints interspersed with 30 seconds recovery, in randomised order

Cortisol responses to caffeine are reduced, but not eliminated, in healthy young men and women who consume caffeine on a daily basis

A lack of sodium can cause the brain to send signals to the adrenal gland to increase the release of hormones responsible for water balance (aldosterone & ADH, or vasopressin) – cortisol is released alongside these other hormones

8) 36 Hour Fast – breaking fast after workout in AM

10) Once applied, utilize Keto or HFLC to Keep LBM

Weight reduction is accompanied by a slowing of energy expenditure, or RMR, which is why weight regain is so common after dieting