You are here: Home1 / All Articles2 / how to fix gut health

Tag Archive for: how to fix gut health

More specifically, you want help with 3 DIFFERENT Ways to REPAIR Your Gut Health?

This Post Was All About 3 DIFFERENT Ways to REPAIR Your Gut Health. 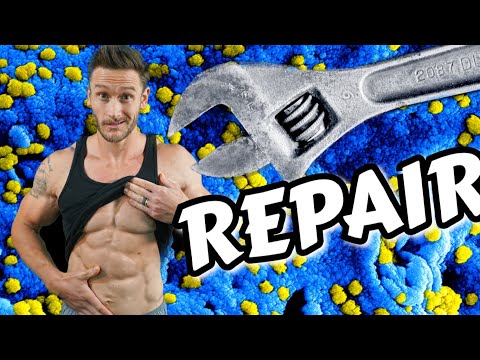 FIX YOUR GUT!! I want to give you 3 strategies that work perfectly in sync with one another to help you heal your gut! It’s going to be fun, so let’s dive in and I’ll see you in the COMMENTS!!

It’s currently hypothesized that “bad bacteria” have a short doubling time – so, if you fast, it may starve the bad bacteria more quickly than the good bacteria

Butyrate works as an HDAC (histone deacetylase) inhibitor (so it promotes acetylation), meaning it protects the DNA wrapped around histones

It’s used for energy, especially by mucosal cells that line the wall of the colon – these cells get about 70% of their energy needs from butyrate

A study published in Alimentary Pharmacology & Therapeutics found that oral butyrate supplements (4 grams per day for 8 weeks) improved symptoms of Crohn’s Disease in 9 out of 13 patients: 2 significantly improved, and 7 actually went into remission.

In other words, among the nine patients (69%) who responded to treatment, seven (53%) achieved remission and two had a partial response

The gelatin found in bone broth is a hydrophilic colloid

A 2019 study, published in PNAS, found that sugar can keep good microbes from colonizing your gut

A study, published in Nature, 2014, began by examining what happened to different groups of mice fed any of three different artificial sweeteners (saccharin, sucralose, and aspartame) as compared to mice fed normal sugars (glucose and sucrose). Worryingly, all of the mice that were fed the artificial sweeteners quickly developed glucose intolerance, a harbinger of diabetes, obesity, and metabolic disease.