You are here: Home1 / All Articles2 / how to fast as a woman

Tag Archive for: how to fast as a woman

This Post Was All About 6 Vital Tips For Fasting – WOMEN Edition. 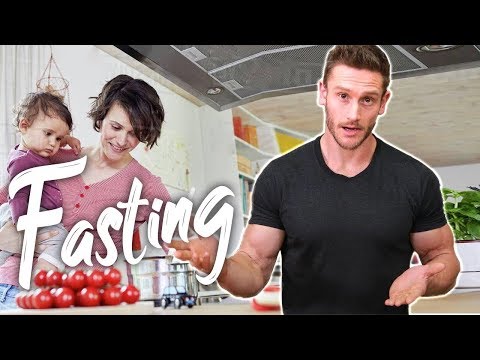 Iodine is one of the two building blocks of thyroid hormone, and if you are deficient in it, you can develop hypothyroidism (an underactive thyroid)

have found that the consumption of cruciferous vegetables has little to no effect on the thyroid, unless a person is deficient in iodine

One study in humans, published in the journal Human Toxicology, found that the consumption of 150 g/day (5 oz/day) of cooked Brussels sprouts for four weeks had no adverse effects on thyroid function

Caffeine is known to inhibit cyclic nucleotide phosphodiesterases (PDEs), leading to an increase in cytosolic cAMP (activated by catecholamines) and stimulation of downstream cAMP-dependent mechanisms

Caffeine has been found to inhibit slow waves and associated myosalpinx contractions; this may be the result of elevated levels of cytosolic cAMP

This study suggests that fasting could reduce women’s insulin sensitivity slightly more than men’s, causing their blood sugar to spike higher after a meal

Glucose response to a meal was slightly impaired in women after 3 weeks of treatment, but insulin response was unchanged

However, men had no change in glucose response and a significant reduction in insulin response

In other words, women had slightly diminished insulin sensitivity also makes it harder to digest carbs and absorb nutrients, increasing the odds of gaining weight

The mineralocorticoids (primarily t) regulate the balance of minerals (sodium, potassium, and magnesium) in the cells

Stress triggers the release of aldosterone, which raises blood pressure by its action on cells to hold onto sodium and lose potassium

Long-term release of stress levels of mineralocorticoids can cause a potassium deficiency and a magnesium imbalance, as well as chronic water retention and high blood pressure