You are here: Home1 / All Articles2 / how to eat while traveling

Tag Archive for: how to eat while traveling

This Post Was All About Diet and Motivation: Placebo vs. Nocebo Effect – Thomas DeLauer. 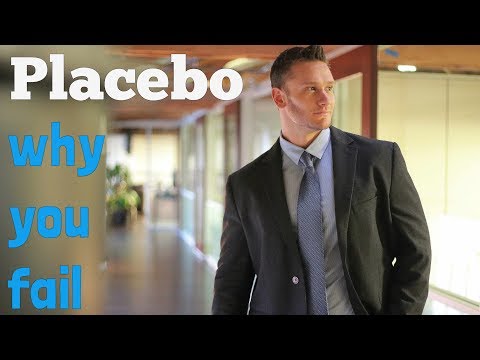 Diet and Motivation: Placebo vs. Nocebo Effect – Thomas DeLauer…
Placebo vs Nocebo:
Placebo is a Latin word meaning “I shall please.” A modern definition of placebo is “A substance containing no medication and prescribed or given to reinforce a patient’s expectation to get well.” In clinical trials, the placebo is a pill that looks identical to the active medication being tested, but it does not contain an active ingredient – often referred to as sugar pills. Your mind can be a powerful healing tool when given the chance. The idea that your brain can convince your body a fake treatment is real – science has found that under the right circumstances, a placebo can be just as effective as traditional treatments.
Nocebo:
The nocebo effect is the phenomenon in which inert substances or mere suggestions of substances actually bring about negative effects in a person or research participant. Researchers from the Technical University of Munich in Germany published a review of the nocebo effect that looked at 31 empirical studies: In many of the experiments they analyzed, the suggestion or expectation of pain brought about significant increases in the amount of negative side effects experienced by participants.

In one study, 50 people who suffered from chronic back pain were given a flexibility test. Half were told beforehand that the test might cause some pain, while the others were not. Afterward, the first group reported a significantly higher amount of pain, despite enduring the exact same procedure.
In another study designed to help relieve symptoms of prostate disease, and half the participants were told that it could cause erectile dysfunction, while the other half was kept in the dark. 44% of the first group reported that they’d experienced ED, compared with just 15% of the uninformed group.
Placebo:
The placebo effect is more than positive thinking – it’s about believing that a treatment or procedure will work and creating a connection between the brain and body.
Disclaimer:
Placebos won’t lower your cholesterol or shrink a tumor. Instead, they work on symptoms modulated by the brain – may make you feel better, but won’t cure you. The placebo mindset is most effective for conditions like pain management, stress-related issues, fatigue and nausea.
Study:
Study #2-
Another study from Stanford University found that simply changing your mindset and perceptions about the health benefits of physical activity may help you live a longer, healthier life. The study analyzed surveys from more than 60,000 U.S. adults from three national data sets – the surveys documented participants’ levels of activity, physical health, and personal background. The study focused primarily on getting responses from one particular question: “Would you say that you are physically more active, less active, or about equally active as other people your age?”
Findings:
People’s response to this question revealed a correlation between perceiving oneself as being less physically active than one’s peers and a shorter lifespan – individuals who believed they were less active than other people their age were 71% more likely to pass away in the follow-up period than individuals who self-identified as being more active.
References:
Stanford Researchers Identify Life-changing Power of Mindset | Psychology Today. (n.d.). Retrieved from

The power of the placebo effect – Harvard Health. (n.d.). Retrieved from

What Is the Nocebo Effect? | Science | Smithsonian. (n.d.). Retrieved from
Click here to learn about exclusive 1 on 1 consults with Thomas!