Tag Archive for: how to eat lean

This Post Was All About High Carb Foods to Avoid on a Low Carb Diet: Thomas DeLauer. 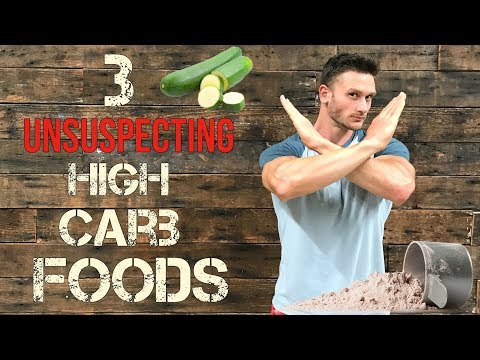 High Carb Foods to Avoid on a Low Carb Diet: Thomas DeLauer…
Sugar Alcohols:
Sugar alcohols are a hybrid between a sugar molecule and an alcohol molecule – but are neither one nor the other. A sugar alcohol is also known as a polyol and can be classified as a carb – most are derived from corn starch from genetically modified corn. Commonly included in most sugar free and “low-carb” products, but they do have a caloric/carb value. Each gram of a sugar alcohol turns into anywhere from less than 1 to as much as 3 calories.
Use of Sugar Alcohols:
Sugar alcohols are slowly and incompletely absorbed in the body. Once they are absorbed they use very little to no insulin to convert to energy as sugar alcohols are incompletely absorbed in the digestive system. A process called “passive diffusion” takes place – sugar alcohols that were consumed draw water into the bowels – results in only partial breakdown. The un-metabolized part of the sugar alcohol starts to rot, which creates a favorable environment for undesirable bacteria and pathogens to thrive and grow.
How to Calculate:
Subtract half of the grams of sugar alcohol listed on the food label from the total grams of carbs. Ex: Carbs: 20, Sugar Alcohol: 10, Total Carbs: 15
Fiber:
Dietary fibers are considered complex carbs, but because fiber doesn’t raise blood glucose, low-carb dieters don’t “count” fiber since our body’s digestive enzymes can’t break it down. Fiber can provide calories, not as glucose, but as products of fermentation in the colon, similar to a sugar alcohol. Some fibers, called soluble fibers, either absorb water and become gels or dissolve in water and reach the intestine where they are digested by bacteria. As they are digested by bacteria, soluble fibers produce short-chain fatty acids (SCFAs) that provide your body energy. The FDA estimates that fibers fermented by bacteria provide about 2 calories per gram of fiber. Insoluble fibers travel to the intestine with very little change. Instead of being digested, insoluble fibers increase bulk, soften stool, and shorten transit time through the gastrointestinal tract.
Starchy Vegetables: (corn, peas, squash, lima beans)
Starchy foods are often referred to as ‘carbs’ because they have such a high carb count – there are many types of vegetables, referred to as starchy vegetables, that are actually fairly high in carbs.
For example:
1-cup of cooked sweet corn contains about 31 grams of total carbs, including 3.6 grams of fiber, 6.8 grams of sugar. A cup of cooked peas provides 25 grams of total carbohydrates, 8.8 grams of fiber and 9.5 grams of sugar. 1 Medium-sized potato contains 37 grams of carbs, 4 of which are fiber. All digestible starch gets turned into sugar as it passes through the digestive tract – results in elevations in blood sugar and dangerously higher insulin levels. This means that even seemingly healthy food choices can lead to increases in blood sugar and insulin, which can lead to insulin resistance, prediabetes, or diabetes.

5) What You Need to Know About Sugar Alcohols | Breaking Muscle. (n.d.). Retrieved from

6) Do Fibers Count as Calories and Carbohydrates? – Fiber FactsFiber Facts. (n.d.). Retrieved from