You are here: Home1 / All Articles2 / how to eat for weight loss

Tag Archive for: how to eat for weight loss

This Post Was All About Intermittent Fasting vs. Time Restricted Eating- Thomas Delauer. 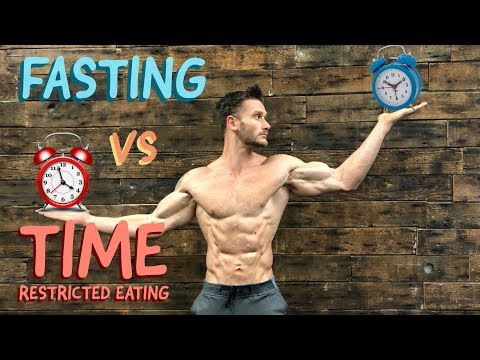 Please Subscribe for 3-4x Videos Per Week + Live Broadcasts!
Confused by this video? Watch this live to clear it up:

Intermittent Fasting vs. Time Restricted Eating- Thomas Delauer… Time-restricted eating (TRE) is essentially fasting, or a type of intermittent fasting, but focuses on when to eat, rather than what to eat – popular as “restricted eating” seems less scary than “fasting.”
The time constraints of Time Restricted Feeding vary anywhere from a 12 hour eating window, an 8 hour eating window, all the way to 4 hours – refers to when eating is limited to a certain number of hours each day (1)
Weight Loss vs Hormonal Benefits- According to researchers at the Regulatory Biology Laboratory at the Salk Institute for Biological Studies, when we eat may be as important – or even more important – than what we eat. *These guys from the Salk Institute are big on time restricted eating and the following study was to prove how effective it is*
Study- Fed two sets of mice, which shared the same genes, gender and age, a diet comprising 60 percent of its calories from fat (like eating potato chips and ice-cream for all your meals.)
One group of mice could eat whenever they wanted, consuming half their food at night (mice are primarily nocturnal) and nibbling throughout the rest of the day. The other group was restricted to eating for only eight hours every night; in essence, fasting for about 16 hours a day. Two control groups ate a standard diet comprising about 13% of calories from fat under similar conditions.
After 100 days, the mice who ate fatty food frequently throughout the day gained weight and developed high cholesterol, high blood glucose, liver damage and diminished motor control, while the mice in the time-restricted feeding group weighed 28% less and showed no adverse health effects despite consuming the same amount of calories from the same fatty food.
Further, the time-restricted mice outperformed the ad lib eaters and those on a normal diet when given an exercise test (2)
The difference between the two is more of a verbal approach as the benefits you receive from TRE are those that you would experience from fasting, i.e. reduced insulin, increased hgh, etc. However, the main goal of TRE seems to be focused mainly on weight loss and reducing your overall caloric intake.
Reduced Caloric Intake- One study, following “time restricted eating,” found that when healthy adult men limited their eating to about a 10-hour window, it reduced the number of calories they ate each day by about 20% Another study, from the European Journal of Sports Science, reported that young men ate about 650 fewer calories per day when they limited their food intake to a 4-hour period.
Downside- While time restricted eating encourages caloric restriction, fasting does not – caloric restriction over an extended period of time does help with weight loss, but isn’t healthy overall.
Study- Published in the journal Nature, the results suggest that dramatically cutting back on daily calories – by 30% – does not help monkeys to live longer than those who ate normally. The restriction did help older monkeys to lower their levels of triglycerides, a risk factor for heart disease, but otherwise conferred no significant health or longevity benefit (3)
————————
Leptin levels lower and your metabolism comes to a halt. Several studies show that low-calorie diets can decrease the number of calories the body burns by as much as 23%
Calorie restricted diets are often lower in protein, which results in muscle loss, but they are usually also low in iron, folate or vitamin B1, which can lead to fatigue. Continuous caloric restriction has also been shown to reduce levels of estrogen and testosterone, contributing to infertility and libido-related issues, as well as reduce bone formation and increase bone breakdown, resulting in weaker bones (4)
References:
1) Time-Restricted Eating: A Beginner’s Guide. (n.d.). Retrieved from
2) Salk study may offer drug-free intervention to prevent obesity and diabetes – Salk Institute for Biological Studies. (n.d.). Retrieved from
3) Want to Live Longer? Don’t Try Caloric Restriction | TIME.com. (2012, August 29). Retrieved from
4) 5 Ways Restricting Calories Can Be Harmful. (n.d.). Retrieved from s