You are here: Home1 / All Articles2 / how to drop body fat

Tag Archive for: how to drop body fat

More specifically, you want help with This is How Your Body Uses Fat – Fun Analogy?

This Post Was All About This is How Your Body Uses Fat – Fun Analogy. 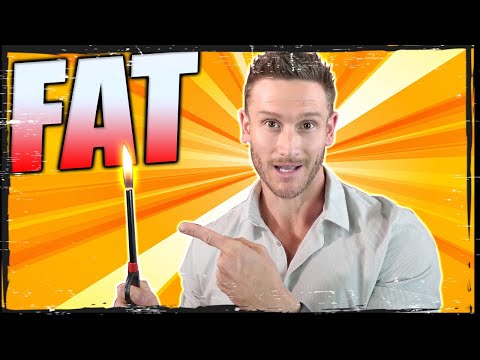 Acetyl-CoA then goes into the central metabolic pathway called the Kreb’s cycle to be fully oxidized/converted into CO2 and, in the process, generates more NADH and FADH2 (i.e. proteins, carbs, and ketones are all also converted into acetyl-CoA to go into the Kreb’s cycle). In the end, NADH and FADH2 provide the electrons to produce ATP via the electron transport chain.

A colloquialism (non-scientific term) used to refer to the conversation of fat tissue into energy.

Also known as β-oxidation (or β-oxidation plus the Kreb’s cycle), this scientific term refers to the biochemical processes that happen within mitochondria in which longer fatty acid chains are broken down to create energy.

It’s fair to say that “fat burning” refers to the whole process of fat in fat tissue being turned into energy, whereas “fat oxidation” refers either directly to (i) β-oxidation or to (ii) β-oxidation plus the oxidation of acetyl-CoA into CO2 (your choice). (i) is specific to fat. (ii) is more accurate, but confuses the issue slightly because all macronutrients are converted into acetyl-CoA. In brief, “fat oxidation” is a component of “fat burning,” the latter of which I also take to include the liberation of fat from adipocytes and its transport to other cells.

Your fat cells are like a forest. To access the fire fuel, you first need to chop down the tree and transport the long wooden logs (fatty acids) to your campsite where you want to light the fire. Once at your campsite (muscle cell mitochondria), you can take your axe (β-oxidation) and chop up the long wooden logs (fatty acids) into smaller bits of firewood (Acetyl-CoA), which can then go on the fire (Kreb’s cycle).

Now imagine you want to light a fire in the fireplace in your house (your brain). You can’t very well take a whole chopped-down tree or long logs and move them through your front door (blood-brain barrier). Instead, you first need to chop up and process the long logs (fatty acids) into smaller bits of firewood and then transport those into your house. This chopping up and processing happens by the axe/lumberjack in your liver (ketogenesis), the smaller bits of brain-accessible firewood being ketones!

Beta Oxidation pathways follow a circadian rhythm. Study from PLOS One found that “mitochondrial fatty acid β-oxidation enzymes, i.e. carnitine palmitoyltransferase-1α (Cpt-1α) and medium chain acyl-CoA dehydrogenase (Acadm) to display daily rhythms with peak values during daytime.” And that they decline as the day goes on. So to maximize beta oxidation, cardio should be done earlier in the day