You are here: Home1 / All Articles2 / how to do keto and fasting

Tag Archive for: how to do keto and fasting

This Post Was All About Accelerate Fat Loss | How to Combine Fasting & Keto. 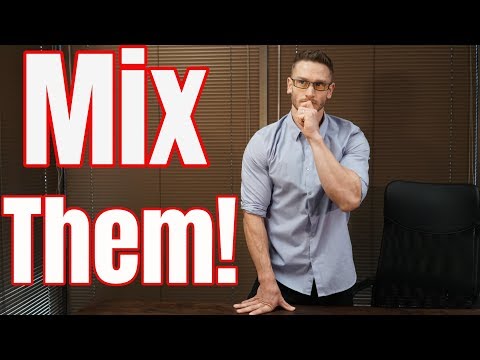 Fasting as a Precursor to Ketosis:
Fasting and other dietary regimens have been used to treat epilepsy since at least 500 BC – to mimic the metabolism of fasting, the ketogenic diet (KD) was introduced by modern physicians as a treatment for epilepsy in the 1920s. The first modern use of starvation as a treatment for epilepsy was recorded by a pair of Parisian physicians, Gulep and Marie, in 1911. They treated 20 children and adults with epilepsy and reported that seizures were less severe during treatment, but no specific details were given. In 1921, two observations were made: acetone and beta‐hydroxybutyric acid appear in a normal subject by starvation or a diet containing too low a proportion of carbohydrate and too high a proportion of fat. The transition from fasting to (keto) dieting was due to a connection that was made by William Lennox of the Harvard Medical School. He observed that epileptic seizures began to subside after 2-3 days of fasting – which led him to conclude that the change came from a change in metabolism; more specifically, a change in the body’s fuel. Concurrently, Dr. Wilder at the Mayo Clinic proposed that the benefits of fasting could be obtained if ketonemia was produced by other means – Wilder proposed that a ketogenic diet be tried in a series of patients with epilepsy. He suggested that the diet should be as effective as fasting and could be maintained for a much longer period of time – he subsequently reported on patients treated with the ketone‐producing diet at the Mayo Clinic and coined the term “ketogenic diet.”

Basic Fasting Benefits:
How Fasting Promotes Fat Loss- Fasting increases levels of the catecholamines norepinephrine and epinephrine, which increases fat breakdown – they work synergistically with each other to dictate metabolic responses within the body. Essentially, they activate hormone-sensitive lipase, which initiates lipolysis, the breaking down of triacylglycerols into free fatty acids and glycerol.

Fasting & Autophagy:
A study published in the journal Autophagy looking at liver cells found that fasting increased the number of autophagosomes by up to 4-fold, with the greatest increase at about 48 hours. The level of autophagy activity can be measured by simply counting the number of autophagosomes (the cellular organelles that degrade dysfunctional proteins), as these increase in number when autophagy is stimulated. It’s the process by which cells degrade and then recycle unneeded or dysfunctional proteins and organelles (via lysosomes). Simply, autophagy is a natural process in which your body removes toxins and estrogenic chemicals and recycles damaged cell components.

Keto & Fat Loss:
Due to the metabolic shift that your body undergoes, your body begins pulling from its own fat stores into to produce energy it needs, hence weight loss. A study published in the journal Diabetic Medicine looked at the effectiveness of weight loss in a low fat group vs low carb group.

Keto & Mental Acuity:
A study published in the journal Molecular Brain Research found enhanced expression of genes encoding for mitochondrial enzymes and energy metabolism in the hippocampus, a part of the brain important for learning and memory. In other words, keto increases the number of mitochondria in brain cells (more energy).

A study published in the journal Trends in Neuroscience in hippocampal neurons showed that ketones directly inhibited the neuron’s ability to “load up” on glutamate – creates a better balance between GABA & Glutamate.

Ketones can also cross the blood-brain barrier, and signal hypothalamic neuropeptides that stimulate neurogenesis, which may improve expression of neurotrophic factors such as BDNF and nerve growth factor.