You are here: Home1 / All Articles2 / how to do hiit training

Tag Archive for: how to do hiit training

This Post Was All About 4 Unusual Benefits of Doing HIIT Workouts. 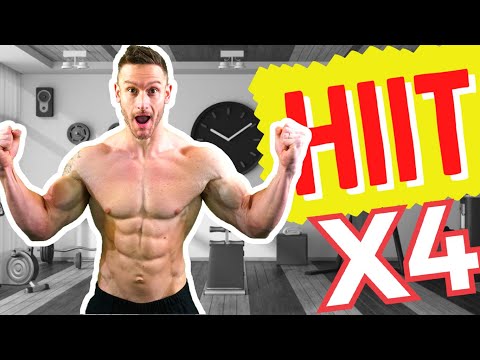 This Post Was All About 7 Cardio Mistakes That Slow Weight Loss. 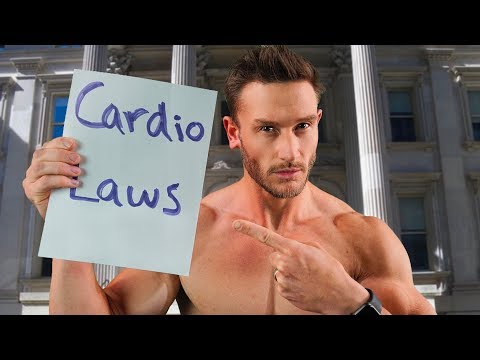 The muscular walls of the heart increase in thickness, particularly in the left ventricle, providing a more powerful contraction.

During adaptation, your lungs’ efficiency improves as well – respiratory muscles become stronger and allow for larger amounts of air to be inhaled and exhaled with each breath

If it becomes easy, you aren’t creating new adaptations:

For muscles to continue to grow, progressive overload is required in order to put the muscles under enough stress to be broken down

Continuously aiming for your target heart rate pushes you to the limit every time, which can result in overtraining

our ideal “target” heart rate can oftentimes be skewed:

While this may not seem like a big change, coupled with the other factors below, a lack of sleep could cause you to train at heart rate levels that are below your optimal training zones

From a mental standpoint, you may find you can’t concentrate fully on either form of training when alternating the two

It’s been found that the constant switching uses up oxygenated glucose in the brain, making us more tired

The brain uses glucose to fuel all its cellular activities, and neurons can’t store extra reserves – which means you don’t want to run out, because doing so impedes neural communication

Your body’s fat burning processes are controlled by your SNS, which is activated by exercise and by lack of food

The combination of fasting and exercising maximizes the impact of cellular factors and catalysts (cyclic AMP), which force the breakdown of fat and glycogen for energy

Cardio uses up “energy,” and energy used by the muscles is technically not glycogen, but the phosphate bonds in adenosine triphosphate (ATP)

When energy is needed, one of the phosphate bonds is broken, resulting in an energy release and the creation of the subsequent adenosine diphosphate (ADP) and waste materials

7) Not taking any time off

Believed that exercise-related immunosuppression is due to tissue trauma sustained during intense exercise, producing cytokines, which drive the development of a T(H)2 lymphocyte profile

This injury in turn activates monocytes to produce and release inflammatory cytokines such as IL-1β, IL-6 and TNF-α

These cytokines would then initiate a ‘whole-body’ response, involving chronic systemic inflammation and suppressed immune function

Cytokine hypothesis involves HPA axis and its effect on testosterone

More specifically, you want help with Most People Do HIIT Cardio Wrong – How to Do HIIT?

This Post Was All About Most People Do HIIT Cardio Wrong – How to Do HIIT. 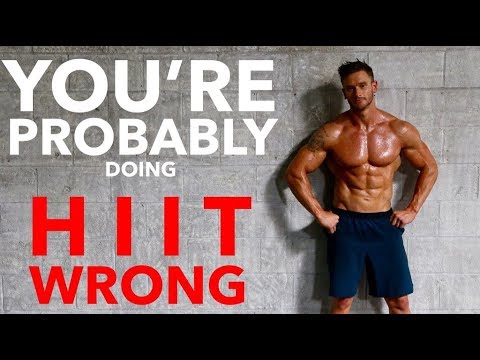 Let me give you an example of what most people think HIIT looks like. Most people will go ahead and they’ll do one minute of high intensity exercise and then one minute off, then they’ll go back and they’ll do one minute on and one minute off. This is great to [inaudible 00:01:45] a process, I understand that it makes it easy, but that’s not how the body works. The body doesn’t necessarily know what one minute is or what two minutes are. The body just knows when it’s fully fatigued or not. The whole idea with high intensity interval training is you need to, 100%, be pushing it to the max, and then recovering for however long it takes, whether it’s 30 seconds, one minute, two minutes, to be able to be fully recovered to give it 100% again.

So it varies from person to person on how long the rest period should be. It is absolutely not uniform. So for example, you should be doing your high intensity training all the way, pedal to the metal for like 15, 20 seconds, because quite honestly, that’s about how much energy you have stored up in your body to really perform at 90 to 100%. If you’re going longer than 20 or 25 seconds, then you’re not pushing it at 90 or 100%. Plain and simple, period. You should be going all the way, then recovering as much as you possibly need to to be able to afford to push it 100% again. If you’re going at one minute on, one minute off, you’re probably going something like 50, 60% of your maximum and then just recovering for however long it takes. That doesn’t really add up. We need to elicit the metabolic response that we get when we would normally weight train, where we’re going all the way to failure.

Now let’s talk about how this applies with fasting. When you are in a fasted state, your body is not utilizing carbohydrates as a source of fuel. When you are fasted, your body is using ketones. It’s using fat. It turns fats into ketones. When you are doing high intensity interval training, you’re utilizing carbs. Now I hear a lot of people talking about how high intensity interval training is going to help them get into a fasted state easier. Not really the case. You see, once you’re already fasting, your body just stores the glycogen and puts it away. It’s not like you have to burn through all your glycogen first before you start burning fat. It’s really just how long you are going without eating before your body starts using fat. So it’s not like you have to drain your tank and then start using fats. Doesn’t quite work all the way like that, although it does in some cases, but high intensity interval training isn’t gonna get you to the benefits of fasting any faster.