You are here: Home1 / All Articles2 / how to convert carbs

Tag Archive for: how to convert carbs

More specifically, you want help with What Causes a Fatty Liver: 4 Ways to Fix?

This Post Was All About What Causes a Fatty Liver: 4 Ways to Fix. 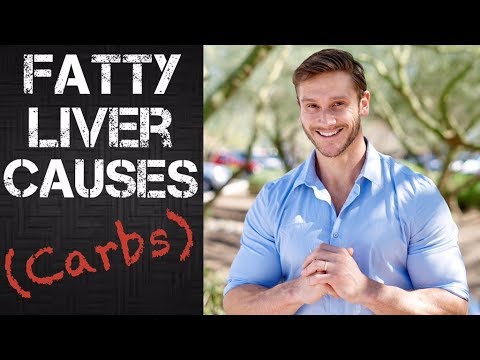 Fatty Liver Disease Causes: 4 Ways to Fix It- Thomas DeLauer…
What is Fatty Liver Disease? Nonalcoholic fatty liver disease (NAFLD) is a term used for a wide range of liver conditions that can affect people who drink very little to no alcohol. Fatty liver can also occur from excess alcohol consumption, but here we will concentrate on NAFLD. NAFLD occurs when an excess buildup of fat in the liver occurs, known as steatosis. Once fat exceeds 5-10% of the liver’s weight, the liver is considered to be a fatty liver. This occurs when the rate of de novo fatty acid synthesis and hepatic fatty acid uptake from plasma is greater than the rate of fatty acid oxidation and export – ie, too much fat is being created and not enough is being metabolized. Liver inflammation is characteristic is nonalcoholic steatohepatitis, one of the more advanced forms of the disease, that can eventually lead to scarring. This damage to the liver is similar to that caused by heavy alcohol use and can progress to liver cancer and cirrhosis (3).

Causes: The exact cause isn’t known, however NAFLD is most common among those in their 40s and 50s who have metabolic syndrome, a cluster of risk factors that raise your chances of a wide range of diseases, including cardiovascular disease and type-2 diabetes. (1)

The majority of these risk factors are tied to obesity, so helping to lose weight and maintain a healthy weight is crucial.

What Can You do to Combat Fatty Liver Disease? Currently there are no definitive treatments for fatty liver disease, so treatment is focused on lifestyle changes (3).

Fructose is absorbed via portal vein and delivered to the liver in much higher concentrations as compared to other tissues. Fructose increases protein levels of all DNL enzymes during its conversion into triglycerides. Additionally, fructose supports lipogenesis in the setting of insulin resistance as fructose does not require insulin for its metabolism, and it directly stimulates SREBP1c, a major transcriptional regulator of DNL

3. Boost Glutathione Levels- Glutathione is needed in order to recover from a fatty liver. Eat things like eggs, cabbage, broccoli and garlic as they have a higher sulfur content which can help convert into Acetyl Cysteine and create more glutathione in the body.

4. Turmeric- Turmeric is a spice whose use as medicine date back thousands of years in Ayurvedic medicine. Curcuminoids are the compounds in turmeric that give the distinct yellow color and are largely credited with the impressive therapeutic benefits of turmeric. Turmeric is both a powerful anti-inflammatory and antioxidant spice, and it is likely these aspects of turmeric that make it especially helpful for those with NAFLD.

Study (7) A randomized double-blind placebo controlled trial took patients suffering from NAFLD and broke them into two groups. One group took 70-mg curcumin once daily for 8 weeks while the other group did the same with a placebo. Multiple measures were taken at baseline and then following the 8 weeks of treatment. It was found that those in the curcumin group experienced a significant reduction in liver fat content when compared to the placebo group – on average the curcumin participants experienced a 78.9% improvement in liver fat content! Additional significant reductions occurred in body mass index, serum total cholesterol levels, LDL cholesterol, triglycerides, and blood glucose when compared to the placebo group.

2. What is metabolic syndrome