You are here: Home1 / All Articles2 / how to change food habits

Tag Archive for: how to change food habits

This Post Was All About Food Habit or Food Addiction? Let’s Fix the Problem. 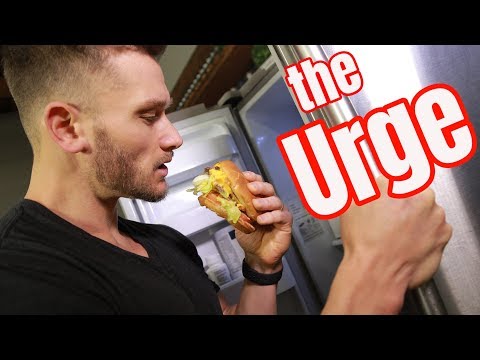 Do You have a Food Habit or Food Addiction? Let’s Fix the Problem – Thomas DeLauer

Habits begin with a “loop” based on a reward system:
A cue or trigger tells the brain to go on autopilot while performing a routine – if the brain benefits from the routine, it will continue to do the action, and then receive a “reward”

In a study published in the European Journal of Social Psychology, researchers decided to figure out just how long it actually takes to form a habit

Some people chose simple habits like “drinking a bottle of water with lunch,” others chose more difficult tasks like “running for 15 minutes before dinner”

At the end of the 12 weeks, the researchers analyzed the data to determine how long it took each person to go from starting a new behavior to automatically doing it.

Found that, on average, it takes more than 2 months before a new behavior becomes automatic – 66 days to be exact

And how long it takes a new habit to form can vary widely depending on the behavior, the person, and the circumstances

In the study, it took anywhere from 18 days to 254 days for people to form a new habit, but interestingly, the researchers also found that “missing one opportunity to perform the behavior did not materially affect the habit formation process”

Certain pleasurable activities, such as eating trigger the reward center in your brain, making you want to engage in the activity again (aka dopamine, more on this later)

Substance abuse also excites the brain’s reward center; however, over time tolerance develops as the brain adapts to the continued presence of the substance

You end up needing more and more of the substance to achieve the same effects – before long, you don’t even experience the substance’s pleasurable effects anymore as your body has come to need the substance just to function and feel normal

What’s happening is that your body has become dependent on the substance, and it doesn’t take long before the signs become evident that a habit has become an addiction

*Addiction is a biopsychosocial disorder – it’s a combination of your genetics, your neurobiology and how that interacts with psychological and social factors*

Though everyone’s path to addiction is different – whether he or she tries a drug or a behavior because it’s what that person’s parents or peers do, or just out of curiosity – what’s common across all substance and behavioral addictions is their ability to increase levels of dopamine

Dopamine is a molecule that carries messages across the brain’s reward center – it’s what gives people the feeling of pleasure and reinforces behaviors critical for survival, such as eating food and having

When someone uses a drug or engages in a pleasurable experience, the same natural reward circuitry is activated – the problem with drugs is that they do the job better than natural rewards

Different drugs tap into the dopamine reward system in different ways – for example, marijuana and heroin have a chemical structure similar to another neurotransmitter and can trick some brain cells into activating neurons that use dopamine