You are here: Home1 / All Articles2 / how to catch up on sleep

Tag Archive for: how to catch up on sleep

More specifically, you want help with Sleep Science: Can You Catch up on Lost Sleep? Thomas DeLauer?

This Post Was All About Sleep Science: Can You Catch up on Lost Sleep? Thomas DeLauer. 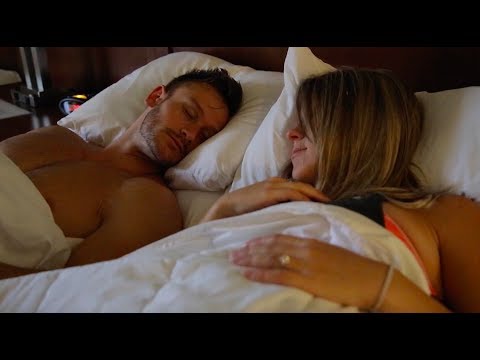 Sleep Flushes out Toxins: Researchers at the University of Rochester found that during sleep, the brains of mice clear out damaging molecules associated with neurodegeneration. The space between brain cells actually increased while the mice were unconscious, allowing the brain to flush out the toxic molecules that built up during waking hours.

Learn and Remember Physical Tasks: A 2007 University of California at Berkeley study found that sleep can foster “remote associates,” or unusual connections, in the brain — upon waking from sleep, people are 33% more likely to make connections between seemingly distantly related ideas (as opposed to throughout the day) (2)

Sleep Debt: Sleep debt is the difference between the amount of sleep you should be getting and the amount you actually get – it is the cumulative effect of not getting enough sleep and it increases every time you shorten your length of slumber. Sleep debt can be repaid, but it doesn’t happen after just one extended sleep – the best way is to add an extra hour or two of sleep a night in order to catch up. For those that are chronically sleep deprived, it may take a few months (4)

Study (5,6) Researchers at Penn State University College of Medicine, published in the American Journal of Physiology, studied the effects of weekend recovery sleep after a week of mild sleep deprivation. Found that make-up sleep on the weekends erased only some of the deficits associated with not sleeping enough the previous week. Study included 30 healthy adult men and women who participated in a 13-night sleep lab experiment designed to mimic a sleep-restricted work week followed by a weekend of recovery sleep.

Results: Found that 6 nights of restricted sleep led to significant deterioration across all but one measurement of health and performance – Two days of sleep recovery allowed for improvement to some, but not all, of those measurements: Volunteers’ daytime sleepiness increased significantly. Two nights of recovery sleep brought levels of daytime sleepiness back to baseline measurements. IL-6 rose significantly – inflammation returned to baseline levels after recovery sleep. Cortisol levels did not rise or change during sleep restriction. However, after 2 nights of recovery sleep, cortisol levels dropped below measurements taken during the baseline phase of the experiment – suggests that the volunteers likely were already sleep deprived when the study began. Attention levels dropped significantly during the course of the mild sleep-deprivation period – attention performance did not rebound after a weekend’s worth of recovery sleep.

Conclusion: Relying on weekends to make up sleep lost during the week won’t fully restore health and function straight away – attention and focus to bounce back after a couple of days of extra sleep, but can be recouped over an elongated period of time.