You are here: Home1 / All Articles2 / how to build muscle after 40 female

Tag Archive for: how to build muscle after 40 female

This Post Was All About Building Muscle Over Age 40 – Complete How-to Guide. 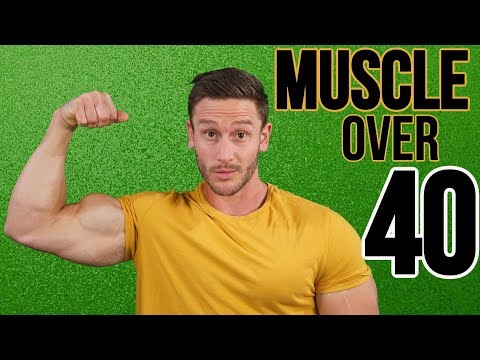 How to Build Muscle with Fasting | The Ultimate Guide:

How to Bulk and Gain Weight (Muscle) on Keto:

Up until now you’ve been told that you have to go to the doctor and get some special treatment in order to actually build muscle over the age of 40. I’m here to tell you that if you understand your body and you understand timing and you understand cellular rejuvenation properly, you don’t have to do that. You can build muscle just by knowing timing and knowing the specific kinds of workouts, even if you’re over 40, okay? Even if you’re over 50, 60, 70. So we’re going to break it all down for you. I’m going to teach you what’s happening inside, unfortunately, the aging body, right? I’m also going to teach you just different little tips and tricks that you can apply to get the most out of your workouts, the most out of your nutrition, and the most out of your timing. So you’re going to have a solid answer to it.

So the Journal of Post-Acute and Long-Term Care Medicine published a study that found that as you get older, you do need to increase your protein to maintain muscle mass. In fact, they said, based on their standards, it goes from 0.8 grams per kilogram up to 1.2 grams per kilogram of body weight. Now that’s based on that scale. So if we take that into consideration, we’re basically looking at like a 30% increase in protein.

So let’s jump to autophagy for just a second, okay? So autophagy, again, is going to be the opposite of what you think. We normally think of autophagy as associated with fasting and just shrinking things down. But again, it’s all about efficiency. You see, the journal Cell Metabolism published a study that found that autophagy is what allowed muscle to be spared.
https://www.ncbi.nlm.nih.gov/pubmed/19945408
So now we have to break this down with when should you train? Should you train in the morning? Should you train in the evening? Should you train fasted? What should it be? Well, there’s a study that was published in the journal PLoS One, okay, and this study took a look at people that worked out in the morning and worked out in the evening.

The Journal of Applied Physiology published a study that found that muscle protein synthesis was actually higher in women post-workout than it was in men, despite the fact that men had 45 times higher testosterone levels after the workout.

So I know this was a lot, but the general point of this is 30% more protein, timing your fast how I suggested, and I know it’s complex. And the other days, eat a lot more protein and add those autophagy- boosting foods. So this will help you build muscle. And I’m sorry it was long-winded, but I had to explain it. As always, make sure you’re keeping it locked in here on my channel and I’ll see you in the next video.

Protein Needs (The Journal of Post-Acute and Long-Term Care Medicine):

Morning vs Evening Workouts (PLoS One):