You are here: Home1 / All Articles2 / how to boost performance

Tag Archive for: how to boost performance 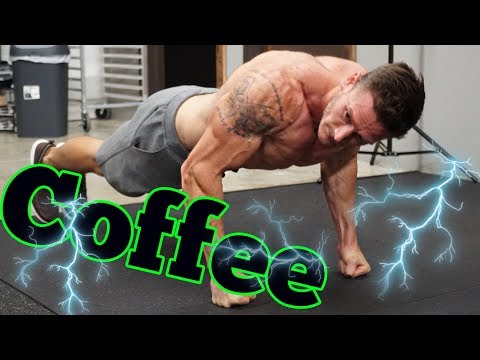 Study – International Journal of Sports Medicine: The purpose of this study was to look at the sparing effects of caffeine on the utilization of muscle glycogen during 30 min of leg ergometer cycling (70% V̇O 2 max)

A caffeine solution (250 ml; 5 ml/kg body weight) ingested 1 hour prior to exercise (CAF trial) decreased the use of muscle glycogen by 42% in 7 subjects when compared to a decaffeinated control trial (CON)

Since known in vitro effects of caffeine include an increased use of muscle lipid and an inhibitory influence on phosphorylase a, it is suggested that the ergogenic effects of caffeine on endurance performance are, in part, the result of direct actions in muscle rather than solely to enhanced mobilization, uptake, and oxidation of blood-borne FFA.

Study – Journal of Applied Physiology: The study was conducted on 7 well-trained endurance cyclists who participated in four sessions. The participants first rode a cycle ergometer until exhaustion, and then consumed a low-carbohydrate dinner before going home – the exercise bout was designed to reduce the athletes’ muscle glycogen stores prior to the experimental trial the next day.

The athletes did not eat again until they returned to the lab the next day for the second session when they again cycled until exhaustion
They then ingested a drink that contained carbs alone or carbs plus caffeine and rested in the laboratory for four hours.

During this post-exercise rest time, the researchers took several muscle biopsies and multiple blood samples to measure the amount of glycogen being replenished in the muscle, along with the concentrations of glucose-regulating metabolites and hormones in the blood, including glucose and insulin.

– one hour after exercise, muscle glycogen levels had replenished to the same extent whether or not the athlete had the drink containing carbohydrate and caffeine or carbohydrate only
– throughout the four-hour recovery period, the caffeinated drink resulted in higher levels of blood glucose and plasma insulin.
– four hours after exercise, the drink containing caffeine resulted in 66% higher glycogen levels compared to the carbohydrate-only drink.

Why This Is? One reason is that caffeine may aid in facilitating glucose uptake from the blood into the muscles as caffeine intake can acutely lower insulin sensitivity and increase glucose concentrations.

In addition, caffeine seems to increase the activity of several signaling enzymes, including the calcium-dependent protein kinase and protein kinase B (also called Akt), both which, when activated, trigger an uptake in muscle glucose during and after exercise.

Furthermore, caffeine activates AMPK, and activation of AMPK has also been deemed necessary for contraction-stimulated glucose transport into skeletal muscle.

3) Effect of caffeine on the metabolic responses of lipolysis and activated sweat gland density in human during physical activity. (n.d.). Retrieved from

4) High rates of muscle glycogen resynthesis after exhaustive exercise when carbohydrate is coingested with caffeine | Journal of Applied Physiology. (01). Retrieved from