You are here: Home1 / All Articles2 / how to boost mitochondrial function

Tag Archive for: how to boost mitochondrial function

This Post Was All About 5 Ingredients that Boost Mitochondrial Function (Fatty Acid Oxidation and Energy). 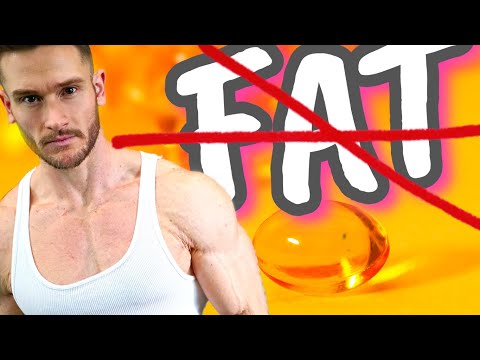 It’s important that I am honest and to say that this video does have a sponsorship from Joovv, supporting them is a good way to support my channel!

So our central goals are 1.) to increase the production of ATP via enhancing the activity of mitochondrial enzymes, 2.) reduce metabolic stressors (creation of free radicals), and 3.) to promote mitochondria biogenesis (defined as the process of renewal and increase of mitochondria in somatic cells).

Carnitines play a significant role in the removal of accumulated toxic fatty acyl-CoA metabolites, and subsequently, assist in buffering the balance between free and acyl-CoA – meaning it might get rid of toxic compounds from the mitochondria to prevent their buildup

In addition, L-carnitine also has a protective effect both on mitochondria and in whole cells suppressing fatty acid-induced mitochondrial membrane damage and its secondary effects – those protective effects have been linked to an improved energy metabolism and the suppression of electron leakage from the ETC

Carnitine plays a significant role in the transport of fatty acids across the inner mitochondrial membrane, hence, it is essential for beta-oxidation (oxidation of fatty acids) and boosts the generation of ATP.

The results of the study indicated that NAC-Gly supplemented mice lived significantly longer than control mice, with a lifespan increase of 23.7%

Overall, glutathione has a major role in the protection of the mitochondria from ROS and current research suggests that sufficient glutathione levels positively contribute to longevity. Food sources rich in glutathione include asparagus, avocado, cabbage, Brussels sprouts, spinach, and broccoli.

Sufficient vitamin B intake is essential to maintain the function of numerous mitochondrial enzymes, regulate levels of metabolites and prevent metabolic diseases
B vitamins are water-soluble vitamins and act as coenzymes that are involved in several reactions linked to the generation of ATP – different B vitamins have been found to have diverse functions in energy metabolism:

Two special antioxidants, Coenzyme Q10, and alpha-lipoid, were found to enhance ATP production and protect mitochondria biogenesis – the more mitochondria we possess, the less they are “overworked” and the more energy we can finally obtain

In order to synthesize new mitochondria, the body needs magnesium as a cofactor to catalyse and enhance biochemical reactions