You are here: Home1 / All Articles2 / how to be disciplined

Tag Archive for: how to be disciplined

How to Get More Discipline for Keto and Exercise

More specifically, you want help with How to Get More Discipline for Keto and Exercise?

This Post Was All About How to Get More Discipline for Keto and Exercise. 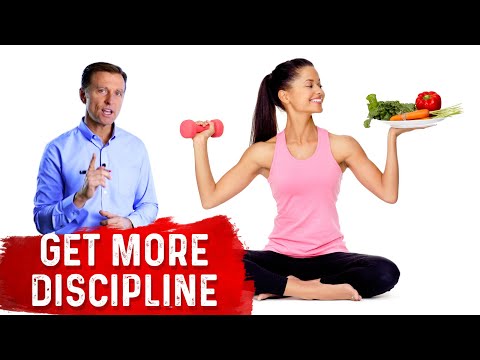 TAKE MY COURSE AT ZERO COST:
How to Bulletproof your Immune System – Courses by Dr.Berg

Talk to a Dr. Berg Keto Consultant today and get the help you need on your journey. Call 1-540-299-1556 with your questions about Keto, Intermittent Fasting or the use of Dr. Berg products. Consultants are available Monday through Friday from 8 am to 10 pm EST. Saturday & Sunday from 9 am to 6 pm EST. USA Only.

Check out these tips to boost your discipline with keto and exercise.

Today I’m going to show you a few ways to boost your discipline with exercise and diet. I know from my own experience that it’s possible to go from having terrible discipline to being very disciplined. Discipline is self-control. It’s restraint over impulses, emotions, and desires that can counter your progress.

A few tips to boost your discipline with exercise and diet:
1. People are not naturally lazy
If you feel lazy, you really just need more energy. Start with the keto diet first to help give you more energy.

2. Raise your emotion
Your emotion controls your behavior. You could try music, exercising with friends, or being around upbeat people. Also, the more you speed up, the higher your emotion.

3. Find a trainer or coach
A trainer can help push you further than you could push yourself. A keto coach could give you the information you’re missing, which will make a world of difference.

4. Keep your word
Every time you keep your word, you build up your willpower. If you say you’re going to do something, do it. This is a helpful therapy.

5. Make it easy to do
Make your recipes simple and start out with short or easy exercises. Something is better than nothing.

Dr. Eric Berg DC Bio:
Dr. Berg, age 55, is a chiropractor who specializes in Healthy Ketosis & Intermittent Fasting. He is the author of the best-selling book The Healthy Keto Plan, and is the Director of Dr. Berg Nutritionals. He no longer practices, but focuses on health education through social media.

Send a Message to his team:

Thanks for watching! Try these tips to boost your discipline with keto and exercise.

More specifically, you want help with Improve Your Self Discipline with 3 Psychology Tips?

This Post Was All About Improve Your Self Discipline with 3 Psychology Tips. 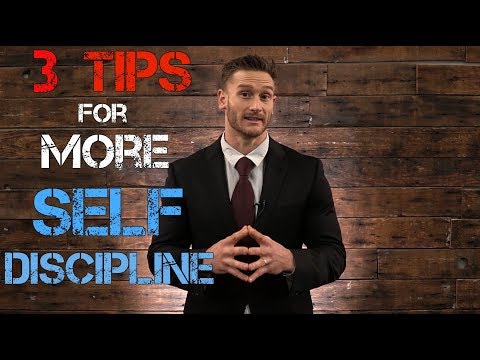 1) Don’t wait for it to “feel right.” (Charles Duhigg, author of The Power of Habit)

Habit behaviors are traced to a part of the brain called the basal ganglia – a portion of the brain associated with emotions, patterns, and memories

Decisions, on the other hand, are made in the prefrontal cortex (section of the brain right behind your forehead), a completely different area

Embrace the wrong and acknowledge that it will take a while for your new regime to feel right (1,2)

Called the habit loop – a behavior becomes automatic, the decision-making part of your brain goes into a sleep mode of sorts.

Sleep deprivation hits the prefrontal cortex is hard, and it loses control over the regions of the brain that create cravings and the stress response

One of the most acclaimed sleep researchers, Daniel Kripke, found in a study that “people who sleep between 6.5 hours and 7.5 hours a night, live the longest, are happier, and most productive.”

When the sleep-deprived catch a better night’s sleep, their brain scans no longer show signs of prefrontal cortex impairment (3,4)

The more specific the goal, the better able people are to reach it-
a highly abstract goal may not be actionable

SMART is a mnemonic acronym, giving criteria to guide in the setting of objectives – has suffered from acronym drift, but the most common definition is Specific, Measurable, Achievable, Realistic, and Time-based (5)

The human brain can’t tell the difference between what we want and what we have, so setting a goal invests ourselves into the target as if we’d already accomplished it

By setting something as a goal, however small or large, however near or far in the future, a part of our brain believes that desired outcome is an essential part of who we are

With every achievement along the path to meeting our goal, our body releases dopamine into our brains, creating a sense of pleasure, which keeps us focused and motivated – we physically feel good when we’re taking steps towards our goals

Conversely, if you fail to meet your goals, your brain will have the opposite effect – failure to meet a goal means the dopamine supply gets cut off. (6,7)

“Why” questions encourage long-term thinking, or desirability of pursuing an action; in contrast, “How” questions bring the mind down to the present and consider a goal’s attainability or feasibility (8)

4) How Much Sleep Do We Really Need to Work Productively? (2012, August 8). Retrieved from