You are here: Home1 / All Articles2 / how to avoid leg cramps

Tag Archive for: how to avoid leg cramps

This Post Was All About Magnesium Absorbency: Our Clinical Trial Results- Thomas DeLauer. 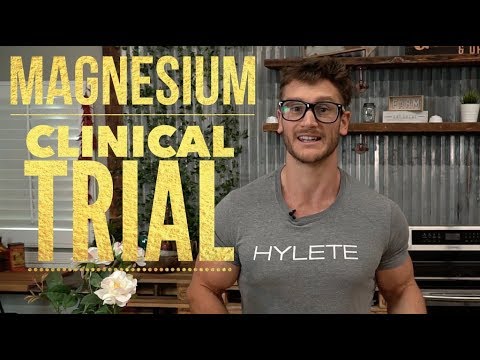 My Favorite Magnesium: bit.ly/JigsawMagSRT
Check out the Study Here:

Scottsdale Study:
Study published in the Journal of the American College of Nutrition in 2018 – it evaluated the absorption, cellular uptake and clinical effectiveness of MagSRT vs. a placebo in a human clinical trial of 91 people. MagSRT is a time-release Magnesium supplement from Jigsaw Health, containing dimagnesium malate with vitamins B6, B12, and folate.

Results:
MagSRT was well-tolerated by most individuals, with 91% of participants completing the 30-day trial – individuals who continued the trial for 90 days, reported no side effects.
Overall symptomatology, evaluated using a magnesium status questionnaire, improved 28% over 30 days and 63% over 90 days. Red blood cell (RBC) magnesium increased 6% and 30% over 30 and 90 days, respectively.

Additional Ingredients:
Quatrefolic (Folate, Vitamin B9)
Quatrefolic (5-MTHF, folate) is an active form of Vitamin B-9, folic acid – as for many people, it is difficult to convert folic acid into folate – needed for cell division, to make DNA, etc.

Vitamin B12 (Methylcobalamin)
Methylcobalamin is the active form of B12 and is a necessary cofactor for your body’s ability to properly methylate. Methylation is a cycle that occurs in your body billions of times every second – it’s the process of taking a single carbon and three hydrogens, known as a methyl group, and applying it to critical functions in your body – repairing DNA, turning on and off genes, and fighting infections.