You are here: Home1 / All Articles2 / how to avoid belly fat

Tag Archive for: how to avoid belly fat 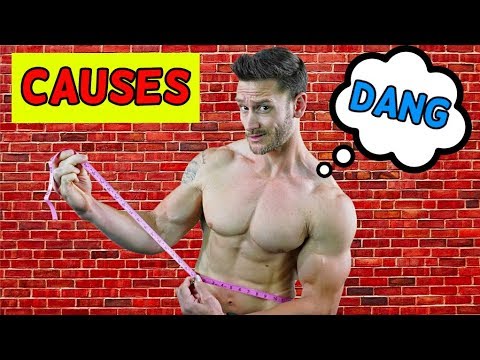 Salt & Cortisol:
Low sodium levels cause an increase in aldosterone, an adrenal hormone that seeks to preserve sodium in the body when it’s perceived to be scarce – aldosterone is responsible for telling the kidneys to retain the salt that your body needs. In other words, a lack of sodium can cause the brain to send signals to the adrenal glands to increase the release of aldosterone, which is responsible for water balance – cortisol is released alongside aldosterone.

Cortisol & Belly Fat:
Tissue cortisol concentrations are controlled by a specific enzyme (11-hydroxysteroid dehydrogenase) that converts inactive cortisone to active cortisol. This particular enzyme is located in adipose tissues – the gene for this enzyme is expressed more by obese conditions and has also been demonstrated in research that human visceral fat cells have more of these enzymes compared to subcutaneous fat cells. Thus, higher levels of these enzymes in these deep fat cells surrounding the abdomen may lead to obesity due to greater amounts of cortisol being produced at the tissue level. Additionally, deep abdominal fat has four times more cortisol receptors compared to subcutaneous fat. Cortisol can increase the activity of lipoprotein lipase (LPL), the major fat storing enzyme – there’s more cortisol receptors in visceral fat, hence more LPL activity there.

Study – Oncotarget:
The randomized, open-label pilot trial was conducted at a single institution. A total of 85 obese people were enrolled. All participants were served meals three times a day, and provided either a low salt diet or control diet with same calorie. Reductions in body weight (–6.3% vs. –5.0%) and BMI (–6.6% vs. –5.1%) were greater in the low salt group than in the control group. Extracellular water and total body water were significantly reduced in the low salt group compared to the control group. However, changes in body fat mass, visceral fat area, and skeletal muscle mass did not differ between the two groups. The observed decrease of body weight was caused by reduction of total body water, not by reduction of body fat mass or visceral fat mass.

Fat Loss (Intramyocellular Lipids) & Muscle Growth (P70S6K)
Study – The Journal of Physiology:
Findings- During F but not during CHO, the exercise bout decreased IMTG content in type I fibres from roughly 18% to 6% area lipid staining. Exercise-induced net glycogen breakdown was similar in F and CHO – however, compared with CHO, mean rate of postexercise muscle glycogen resynthesis was 3-fold greater in F.

A study from the European Journal of Applied Physiology had subjects split into two groups that were trained on two occasions separated by three weeks – one of the sessions was performed on an empty stomach after an overnight fast. Found: Increased p70s6k phosphorylation during intake of a protein–carb drink following resistance exercise in the fasted state – fasted training group saw a bigger increase in p70s6k.

Study – Public Library of Science: Medicine:
In this study, subjects (1,024 ) who consistently slept less than five hours a night had significant differences in the hormones leptin and ghrelin as compared with people who slept an average of eight hours a night. More specifically, subjects suffering a lack of sleep had 16% less leptin and nearly 15% more ghrelin than those who were well rested did.

Molecular Level (endocannabinoids)
Lack of sleep increases activity of endocannabinoid 2-arachidonoylglycerol (2-AG), which is mediated via the CB1 receptor.

4) Too Much Fructose:
After the 100:0 glucose bolus, fractional lipogenesis rose to only 8%, which is quite low compared with the 23% observed previously (32). After consumption of the 50:50 and 25:75 solutions used here, the peak in lipogenesis was 17%.
Lipogenesis increased 2-fold when as little as half the glucose was replaced with fructose.